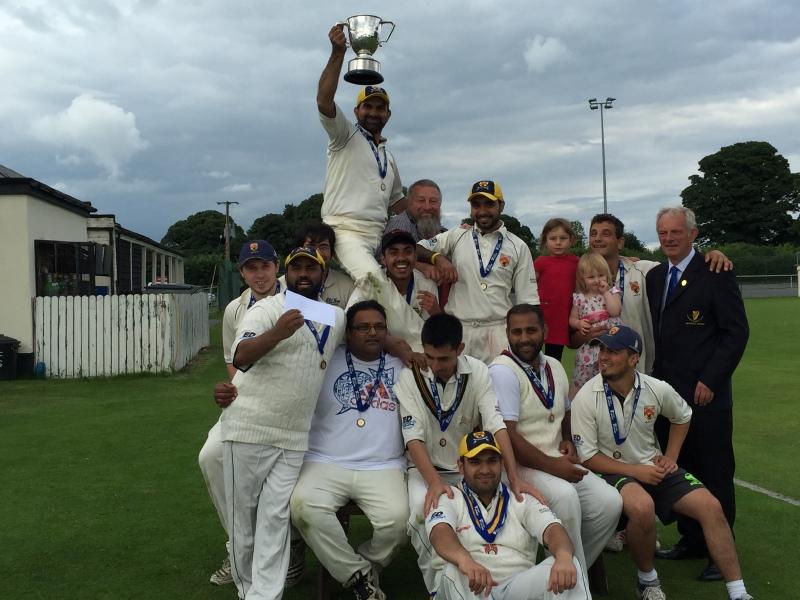 It was an historic weekend recently for Laois cricket. The Saturday saw the return fixture of arch rivals North Kildare but this time on home turf.

Laois 2 needed the win to stay at the top of their division. In the end it was a class act of batting by Paul Croke and hard hitting at the end by Sherry. Laois 2 won by four wickets.

Sunday was a tale of two fortunes. Laois 3 couldn't hold it together against Leinster at home and lost by three wickets. Laois scored 133 runs with a captain's innings by Noman Raees of an unbeaten 41 runs, but this wasn't enough. It was also Anan Atiqs senior debut for Laois.

It was Final day of the Senior 2 Cup, the second most prestigious cup in Leinster and Laois 1 were fighting to retain their crown. They did so in style.

The contenders were Clontarf and they fancied themselves against the Laois men as they easily beat them home and away in the league. But it wasn't to be on this occasion for the Dublin side.

As the spectators gathered, Laois were put into bat and made the most of their overs having only lost 7 wickets but managed a mammoth total of 220 on a slow tough wicket. Man of the match was Ramazan as the little wizard hit a fabulous 101 runs while the fielders merely watched on.

Clontarf started on a down losing wickets in quick succession. In the end Laois bowled the contenders all out for 144. Next up is the Middle 2 cup and National cup in the coming weeks as Laois 1 continue to display passion and grit over talent.