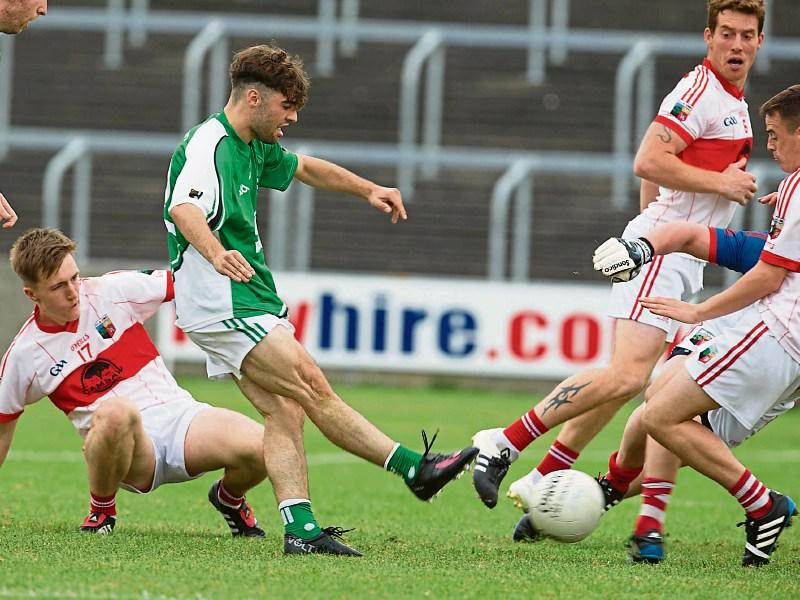 Ballyfin produced a miracle of biblical proportions on Sunday to turn a ten point deficit into an eight point win in a truly superb 30 minutes of all out attacking football.

However that was before an almost unprecedented second half display from Ballyfin that turned what at one point became a ten point deficit into an incredible eight point win.

From the 33rd to the 42nd minute, Ballyfin, who managed only six points in the first-half, scored 3-4 without reply. Even when Emo threatened to get back into it after the introduction of Evan Costello, Ballyfin again had all the answers scoring another 1-7 in the last ten minutes to secure one of the most impressive wins seen in O'Moore Park for a very long time.

Emo, last year's beaten county finalists, played a part in their own demise with some questionable decisions that proved very costly. After dominating the game in midfield and in an attacking role in the first-half, Darren Strong was utilised as a deep lying sweeper for much of the second which took him completely out of the game and handed Ballyfin the initiative in midfield.

Glen Brophy struggled on Sean Moore but Emo let it go and the utterly outstanding Moore finished with 1-11, 1-6 of it coming from play.

Emo obviously came out with the intention of holding what they had but their substantial lead evaporated in front of their unbelieving eyes as they simply couldn't deal with the pace, enthusiasm and relentlessness of their opponents.

Against the current conventional, wisdom where playing extra defenders seems to be almost mandatory, Ballyfin went all out attack with waves of players running through the Emo defence. It was a pleasure to watch a team with barley a defensive thought in their heads play with total abandon and they were duly rewarded with a jaw dropping 4-11 in the second 30 minutes.

It had been so very different in the first-half. Emo were quickly out of the blocks with 1-2 in the opening eight minutes all from the boot of Nigel Murphy with Paul Lawlor playing the final pass for the goal with Murphy finishing from close range.

After early four wides, Ballyfin settled with the next three points, two from Sean Moore and one from James Finn. Emo scored three of the next five but it was just before half-time that they seemed to have made a decisive break.

Darren Strong started the burst with a point and when Emo quickly turned over possession from the resulting kick-out, Strong was on hand again to blast to the net. The midfielder was involved in the second goal, starting the move with a powerful run with Paul Lawlor flicking it into the path of Chris Gleeson who made no mistake with a close range finish.

Ballyfin had a chance to hit back with a goal of their own but Louis Duff blasted over the bar form close range to leave his side trailing by nine at the break.

Emo went ten ahead on the restart but after that, the game changed utterly as Ballyfin took total control in a flurry of scores.

A goal from Sean Moore was followed by a second from Darragh Connolly. With Emo reeling, Moore and Louis Duff added points before James Finn struck for a third goal in a frantic six minute spell. Two more points from Moore left Ballyfin three ahead an Emo reeling.

The introduction of Evan Costello briefly gave Emo a renewed impetus as he found the target but Ballyfin were at full throttle and scored three further points. Costello kept Emo in contention with two points that got them back within two but in the last five minutes, Ballyfin added another 1-4 with the all action Darragh Connolly slotting home the goal and Moore (3) and Duff getting the points.

Paul Lawlor put over the last score of the game for Emo but the final whistle went soon after with Ballyfon getting a fully deserved standing ovation from their supporters as they left the field.