Stradbally at their ease as they reach the quarter-finals 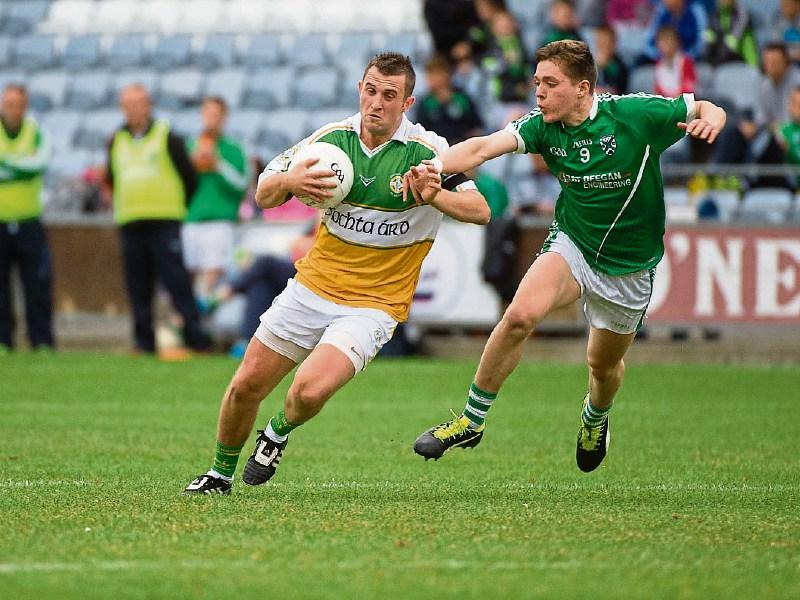 After a cagey first-half where there was little to chose between the two sides, Stradbally stepped it up a level after the restart seeing off the challenge of Crettyard to seal their place in the quarter-finals.

Over the hour, Stradbally had plenty of variety in their attacking play with ten players getting on the score-sheet. They scored 2-12 from play in the game while only allowing two points from play and only two points in the second-half.

Crettyard had some success in the first-half hitting their two man inside forward line of Michael Nash and Cormac Murphy early but Stradbally cut off the supply in the second-half and the chances dried up for the side on the Kilkenny border.

They certainly made an impressive start to the game scoring the first three points with Michael Nash opening the scoring before Cormac Murphy added two points. For all their scoring exploits later in the game, Stradbally struggled to fine their range at the start of the game with their first point not coming until the 11th minute through a Colm Begley free.

It took them another ten minutes to get on terms with Jody Dillon and Tom Shiel adding points before Colm Kelly eventually got them in front with a free after 24 minutes. Cormac Delaney doubled the advantage but Crettyard eventually ended a 17 minute wait for a score when Charles Dwyer curled one over the bar.

Tom Shiel and Cormac Murphy exchanged points before the break to leave Stradbally 0-6 to 0-5 ahead at the break.

As even as the first-half was, the second-half was one way traffic with Stradbally dominating from the throw in. Colm Begley, Damian Murphy (2) and Cormac Delaney added points to put five between the sides.

A Cormac Murphy free after 40 minutes offered only a brief respite for Crettyard as a super move after 42 minutes resulted in a goal for Stradbally.

Colm Kelly and the impressive Padraig Fitzpatrick played a swift one-two before Kelly found Jody Dillon on his left and he provided the finish past Jeff Moran.

Further points from Gary Comerford, Eoin Buggie and John Donohue followed to leave 11 between the sides approaching the 50th minute.

The inevitable second goal arrived soon after when a long ball forward was won by the marauding Liam Knowles. He showed great awareness to pick out Greg Ramsbottom and he finished with aplomb.

John Donohue and Colm Begley brought Stradbally's total to an impressive 2-16 before Christoir Maher rounded off the scoring with a late consolation point for Crettyard.