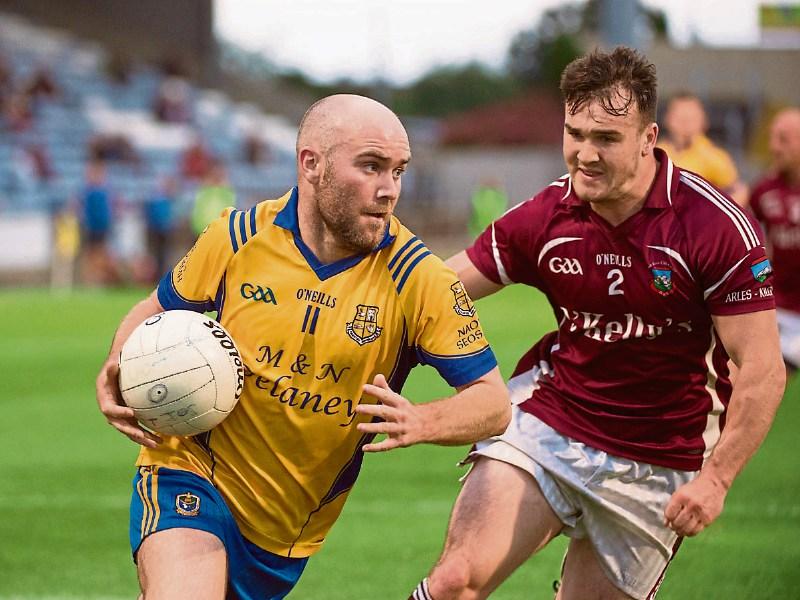 After leading for the majority of the game, St Joseph's were cruelly denied on Thursday evening by an Arles-Kilcruise side that left it until the 64th minute before taking the lead in what was a thrilling ending to the game.

Joseph's displayed a very open style of play throughout the first half and attacked in droves, utilising their young and fast players on the wings. Kilcruise struggled to combat this in the opening half but emerged after the break with a different mindset.

Joseph’s led by five at the break but, over the course of the second half, a combination of Kilcruise urgency and Joseph’s squandering chances saw Kilcruise down by two as the game entered injury time.

Francis Egan was the hero when he sent an unstoppable shot to the net to snatch the game by a point to scenes of delight from Kilcruise supporters.

Dan Dunne opened the scoring with a lovely strike off the ground inside the first minute. Adam Campion made a super run from corner back to slot over his side's second two minutes later. Joseph's were very confident on the ball and moved it well with their third point coming from a converted Dylan Doyle free after seven minutes.

Joseph's were dominating and an excellent catch by James Doyle saw Matthew Campion split the posts for Joseph's fourth of the day.

Arles-Kilcruise registered their first score with ten minutes played when David Conway popped a quick ball to Kevin Meaney who did well to point despite being tackled by three Joseph's defenders. Colm Munnelly sent in a cross field ball to David Conway who fisted it over the bar to reduce the margin to two.

Joseph's continued to impress with their speed and James Doyle set Matthew Campion up for a point with 13 minutes played. Kevin Campion cleared a ball in defence and it was worked up the field with James Doyle sending it between the posts.

JP Conway sent a quick ball in to Dermot Nolan who popped it over the bar. James Kelly and Dan Dunne scored for Joseph's but these points were cancelled out by Egan and Chris Conway.

With two minutes of the half remaining, Kevin Campion spotted minor star James Kelly on the edge of the square and Kelly drilled the ball into the back of the net. Chris Conway pointed from a free to leave his side trailing 1-8 to 0-6 at half time.

Talk at half time centred on how Arles Kilcruise were affected by the loss of Ross Munnelly due to an injury but what must have been a good motivational speech at the break saw Kilcruise come out of the dressing rooms more determined than ever.

They reduced the deficit to three within minutes of the restart with a point each from David Conway and Francis Egan.

Josephs' enjoyed a few short kickouts in the opening half which they used to their advantage as their speedy wing backs could carry the ball up the field but Kilcruise pushed up in the second half which meant Joseph’s had to contest the ball in midfield and they struggled to win their own ball.

Dylan Doyle settled St Joseph's nerves with a free in the 37th minute, but this was to be their last score for 15 minutes. Winning the midfield battle, Kilcruise dominated the game but were finding it hard to convert their chances hitting four wides during the half. David Conway and Francis Egan pointed while JP Conway landed a point from 30 metres out close to the sideline to reduce the gap to the minimum with ten minutes to go.

Joseph’s continued to push on but they lacked the confidence from the first half and fumbled with the ball and failed to score from play in the half. Dylan Doyle converted a free in the 52nd minute to put two points between the sides but this was their last of the game.

Just when it seemed that Joseph’s would hang on, five minutes of injury time was announced. In the 64th minute, Meaney delivered a great pass into Egan, who gathered, turned and unleashed a rocket past Dan Nelligan in the Joseph’s net.