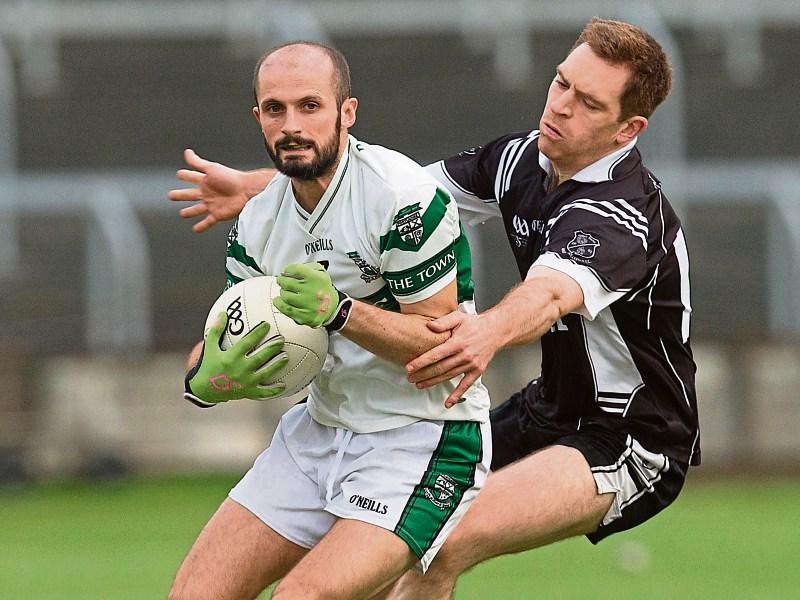 It looks ominous for other teams as the champions patiently picked off points and applied pressure in their opponent’s half to turn over the ball, and when this is allied with ability to break at speed, it makes them a very difficult proposition.

Arles Killeen were very much focused on containment but yet Portlaoise didn’t panic at any stage.

While Portlaoise got many men behind the ball, their ability to break at speed down the field was much more effective.

Arles Killeen pretty much had one game-plan, send the ball in the direction of Donie Kingston. While he won possession and laid it off well, while also winning frees and scoring a great goal, he was isolated for long stages and must have been found it a frustrating hour.

If Portlaoise are to be denied a tenth straight championship, then opponents will have to come up with a successful formula to contain them. The Heath were blown away in the first round, and while Arles Killeen put up a much better showing, the result never really looked in doubt.

Despite Arles Killeen’s attempts to frustrate their opponents, and two wides during the opening minutes, Portlaoise were quickly into their stride and had three points on the board in the first five minutes thanks to a fisted effort from Gareth Dillon and well taken scores from Brian McCormack and Conor Boyle.

Arles Killeen showed their potential at the other end though, with Conor Keightly first on target after Kingston had won the ball in the air and set him up with eight minutes played.

Midway through the first half and the sides were level 0-4 apiece, with Kingston proving to be an effective target main, Jason Enright converting a free and Brendan O’Shea taking two chances well.

Arles Killeen briefly went in front with 17 minutes gone when Sean O’Shea sent over a great score indicating that a competitive game might ensue.

However, Gareth Dillon brought the sides level within a minute before Portlaoise took control. As Arles Killeen attempted to work the ball out of defence, Brian Smith won the ball and quickly released Paul Cahillane. He raced through to finish to the bottom right corner and Arles Killeen found themselves three behind again.

Portlaoise added two further points through Cahillane, one a delightful effort when he turned his marker, and a free, with a solitary reply from a free from Jason Enright leaving Portlaoise in front 1-7 to 0-6 at half time.

Shortly after the restart Brian McCormack shot over another point and it looked as if Portlaoise would push on.

Arles Killeen had other ideas though and they were right back in the game with 36 minutes played. Conor Keightly floated the ball into the danger area and Kingston judged his jump perfectly to fist the ball to the net to leave just two points between the sides.

Portlaoise didn’t panic and within five minutes Conor Boyle had stretched their lead before substitute Scott Lawless made an immediate impact when he won possession from the kick-out and shot over.

The lead was stretched to five points when Conor Boyle added another with 49 minutes gone.

Arles Killeen gave their supporters hope when Conor Keightly was released by Jason Enright and he turned to shoot over a great long-range point with 51 minutes gone. That was followed up three minutes later by Sean O’Shea who converted after Kingston evaded several challenges and set him up to leave just a goal between them.

But Portlaoise showed their class after that when Craig Rogers sent over a long-range point with five minutes to go. Two minutes after that Brian McCormack sent over from 45 metres to stretch the lead to five. The final point was a fitting one as Portlaoise retained possession worked the ball across the field before Paul Cahillane set up Brian Glynn to shoot over.