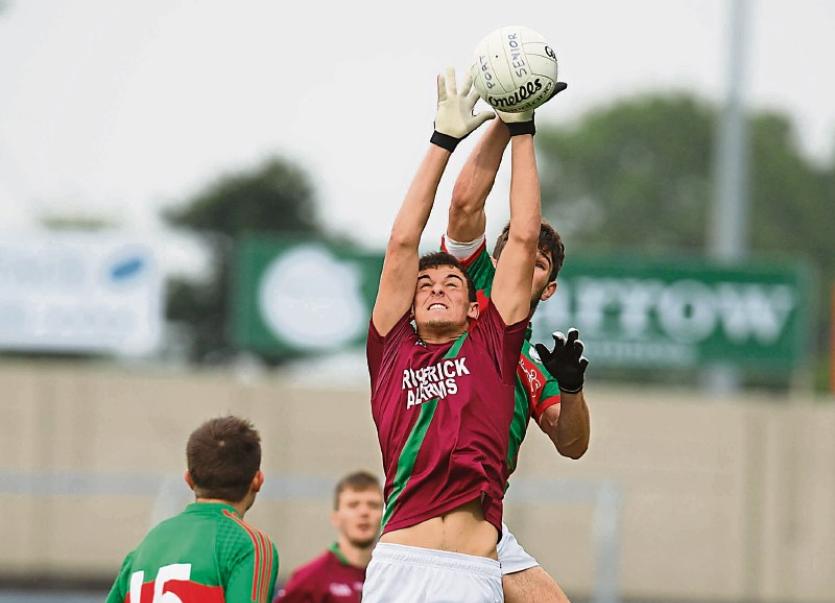 Portarlington put on a dazzling display in O’ Moore Park on Friday evening showing that good things do come in small parcels.

Graiguecullen towered over Port in almost every position on the pitch but that didn’t help them on the scoreboard.

Jake Foster hit two frees in quick succession to give Port an early lead, his lovely strike off the ground impressive to watch.

Ian Fleming registered Graiguecullen's first score with five minutes on the clock, punishing a poor Port kick out by putting the ball over the bar from thirty yards. David Murphy side stepped his player to add Port's third point of the evening.

Port were in command of midfield in the opening ten minutes and their efforts were rewarded when Rob Pigott's point effort fell short and the Graiguecullen 'keeper slapped it down to Port full forward Kevin McGrath who fisted it into the net. That left his side leading 1-3 to 0-1 after eleven minutes.

Graiguecullen came back into the game with points from frees from Fleming and Ambrose Doran. Graigue captain Michael Hand began to make his presence felt at midfield and he created a number of chances but, like Port, Graiguecullen were wasteful despite playing with the wind. Good play by Chris Hurley saw Doran split the posts to close the gap to two points with five minutes of the half remaining.

Port hit back with a point from David Murphy but Graiguecullen were on the attack again with Daniel O Reilly splitting the Port defence and Doran pointing.

The margin was reduced to the minimum when Port's 'keeper Brian McAuley took too long with the kick out. Referee John Flynn threw the ball up, it was won by Michael Hand who was fouled for a free which Doran duly converted.

As the game entered injury time, Port found their early momentum once again and good play by Evan Lyons saw Stuart Mulpeter point from close range. Keith Bracken intercepted a Graiguecullen attack, the ball was carried in by Johnny Fullam and David Murphy popped it over the bar. A foul on Kevin McGrath just before the break saw Murphy raise the white flag with his team leading 1-7 to 0-6 at the interval.

The breeze favoured Port in the second half and Kevin McGrath opened the scoring when a Jake Foster free fell short. Graiguecullen’s Ian Fleming was fouled and Doran converted but after that Port began to pull away.

McGrath won a free which Foster popped over. McGrath was on hand again, combining with Paddy O’ Sullivan to see David Murphy send the ball over the bar. Rob Pigott won the ball in midfield and drilled it in to McGrath who turned and slotted it over the bar. Jason Moore gave a lovely ball to Fullam who hit a super point down the middle from forty yards.

Port were unstoppable and their fate was sealed when Paddy O’ Sullivan spotted McGrath on the fourteen and McGrath unleashed a rocket into the top left to deafening roars from the large Portarlington crowd. Stephen Lyons followed this up with a free as Graiguecullen supporters slowly began to trickle out of the stand.

Aaron Forbes scored what was to be his side's last score of the game in the 52nd minute from a free for a foul on Doran. Port finished the game strong with points from Jake Foster (3) and David Murphy in what was an overall excellent team performance by the team tipped to face relegation this year.