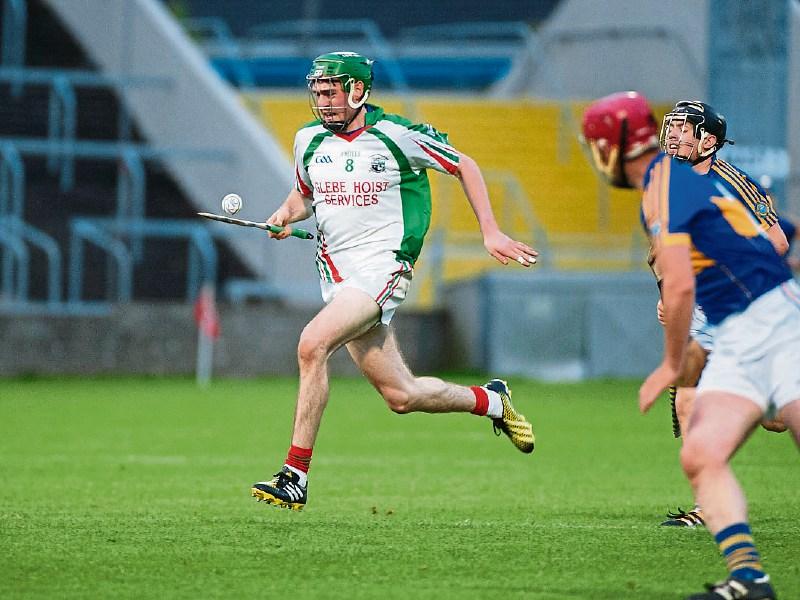 It will be a case déjà vu following the draw for the semi-finals of the Laois Senior Hurling Championship which was made on Sunday evening following the completion of Round 3.

After they opened the championship on July 27, Camross and Rathdowney-Errill will meet again in the last four while Ballinakill and Borris Kilcotton will meet for the third time in the campaign after Ballinakill came through after a replay in Round 2.

Camross won the first game with Rathdowney-Errill by one point thanks to two spectacular late points from Zane Keenan. They went on to comfortably defeat Clough Ballacolla in Round 2.

Rathdowney had to battle back into the championship with a hard fought win over Abbeyleix before going right down to the wire with defending champions Clough Ballacolla last weekend in the outstanding game of the championship thus far.

On the other side of the draw, Ballinakill progressed to the last four with a second round replay win over Borris-Kilcotton who themselves showed better form at the weekend putting up 2-24 on Portlaoise in Round 3.

Meanwhile the focus turns to football this weekend with Senior Football Round 3 games and relegation semi-finals down for decision.

On Saturday, Arles Killeen face near neighbours Killeshin in O’Moore Park at 6pm and that is followed by the meeting of St Joseph’s and Mountmellick Gaels at 7.30pm.

On Sunday Ballylinan and Portarlington meet at 6pm and that is followed by Crettyard Gaels and Ballyfin Gaels who will be hoping to continue their incredible scoring form from the last round.

While those eight teams are hoping to reach the quarter-finals, and their championship hopes are very much alive, the other four teams in action are looking nervously over their shoulders with the spectre of relegation looming large.

First up are league champions The Heath who take onGraiguecullen. Neither side would have envisioned being in this precarious situation at this stage in August and they will be hoping to end any lingering doubts about their top flight status by registering a win this Saturday at 4.30pm in O'Moore Park.

The other game takes place in Portarlington 6.30pm on Saturday and pits at Clonaslee St Manmans against Emo.

After their epic collapse in the last round, last year's beaten finalists Emo will be hoping to finish their campaign with a victory over relegation favourites Clonaslee