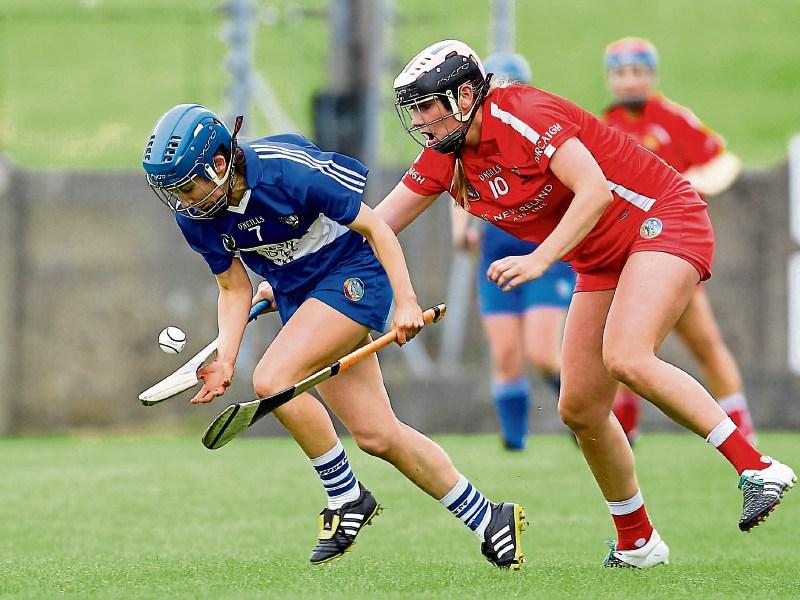 Last year's Premier Junior Champions Laois pushed Cork all the way in Nenagh on Saturday afternoon before eventually bowing out of this year's Intermediate Championship at the semi-final stage.

Laois were within two points of a well fancied Cork side entering the final stages thanks to a goal from Joan Dollard. Unfortunately for Laois, they couldn't manage to get back on terms and the Leesiders pulled away late in the game to set up a decider in Croke Park against Kilkenny, which will also be the line up in the senior final.

The difference in Nenagh was the scoring power of Cork as they hit 19 scores to just eight for Laois. Cork had eight scorers over the hour with six of those players hitting the target on more than one occasion. Laois for their part were dependant on Sarah Anne Fitzgerald for scores with the Camross player finishing with 1-4 of the total of 2-6.

Despite their disappointment on Saturday, for their first season in this grade, it was an impressive achievement for Laois to reach the last four after coming out of a group including experienced campaigners from Kilkenny, Tipperary, Wexford and Antrim.

While they would have hoped to reach another All Ireland Final, 2016 will surely prove to be another important stepping stone for a side that has been on the rise for the last number of years.

They couldn't have hoped for a better start on Saturday as they opened their account with a goal from Sarah Anne Fitzgerald after just four minutes.

Cork had a point on the board at that stage and they hit two more to draw level after nine minutes but Sarah Anne Fitzgerald added a point to her earlier goal to put Laois back in front with ten minutes elapsed.

However that was as good as it got for Laois as Cork began to pull away with a string of points with Rachel O'Shea deadly accurate from frees. Sarah Fahy slotted over two points while Caroline Sugrue also found the target.

Points from Sarah Anne Fitzgerald and Niamh Dollard steadied Laois and they were still in touch at the break although Cork held a 0-9 to 1-3 advantage at the break.

Cork threatened to build a match winning lead on the restart but Laois held on to their coat-tails with Sarah Anne Fitzgerald (2) and Niamh Dollard picking off points.

With 11 minutes to go, Cork were five points ahead at 0-14 to 1-6 but a determined Laois side refused to go away as they scored a second goal to get back within two points.

A free into the square fell kindly for Joan Dollard and she finished the ball decisively to the net to give Laois real hope.

Unfortunately for Laois, they couldn't make that score a momentum changing one as Cork continued what they had been doing since the start of the game, picking off points.

Despite the best efforts of Laois, Cork scored the last five points of the game to finish with a seven point advantage to secure their place in the final