All square after spectacular finish 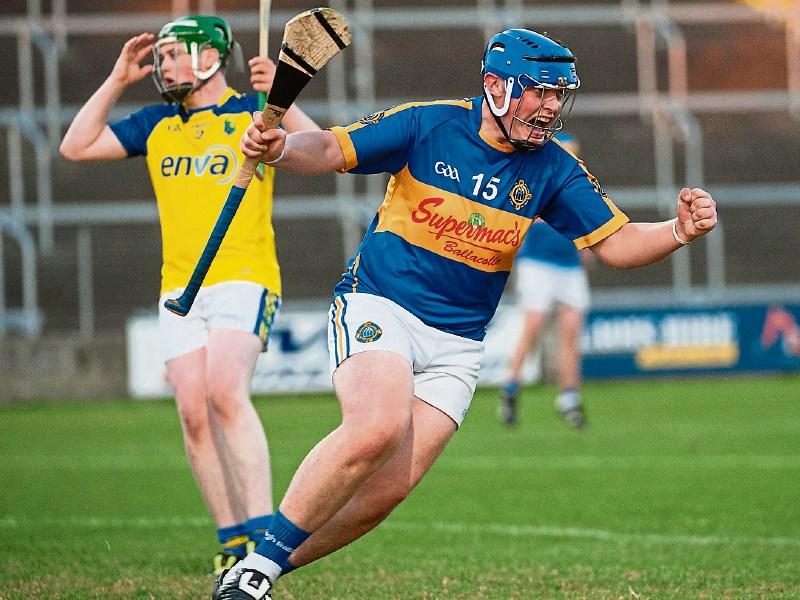 It's not often that a team who lead by ten points entering the final quarter need a late point to secure a draw but that is what Abbeyleix Gaels had to do last Monday evening to force a replay with a fast finishing Clough Ballacolla side.

A Jake Cranny goal in the 45th minute put Abbeyleix ten clear and you would have backed them to go on and claim the title from there. However a brace of James Kavanagh goals gave Clough Ballacolla hope and when Robbie Phelan added a third goal from a penalty, the game was back in the melting pot.

Clough Ballacolla managed to get in front but Callum Mullin rescued the game for Abbeyleix with a late point from a free.

In glorious sunshine in O'Moore Park, Abbeyleix flew out of the blocks with the strong wind they were five points ahead by the 11th minute with four from Callum Mullin, one from distance from Liam Delaney and one from Diarmuid Whelan.

Jordan Walsh scored Clough-Ballacolla's only point in the opening exchanges with Chris Rafter added their second.

It was all Abbeyleix at this stage however and after 25 minutes they were eight ahead with Mullin leading the scoring drive.

Clough-Ballacolla finished the half strongly with Jordan Walsh and Brian Corby on target but Abbeyleix still led by 0-12 to 0-7 at the break.

Clough Ballacolla had chances to close the gap early in the second-half but Abbeyleix were able to maintain their lead and it grew with Jake Cranny hitting a goal and a point to extend the lead to what should have been an unassailable margin.

Clough Ballacolla however had other ideas and after Lee Cleere point, James Kavanagh hit two quick goals to throw the game wide open.

Calum Mullin hit one for Abbeyleix but Robbie Phelan slammed home a penalty and the momentum had well and truly switched. Jordan Walsh put Clough Ballacolla in front soon after. Both sides had chances in a nervy finale but Calum Mullin held his nerve to level matters with a 50 metre free and the sides will have to do it all over again.