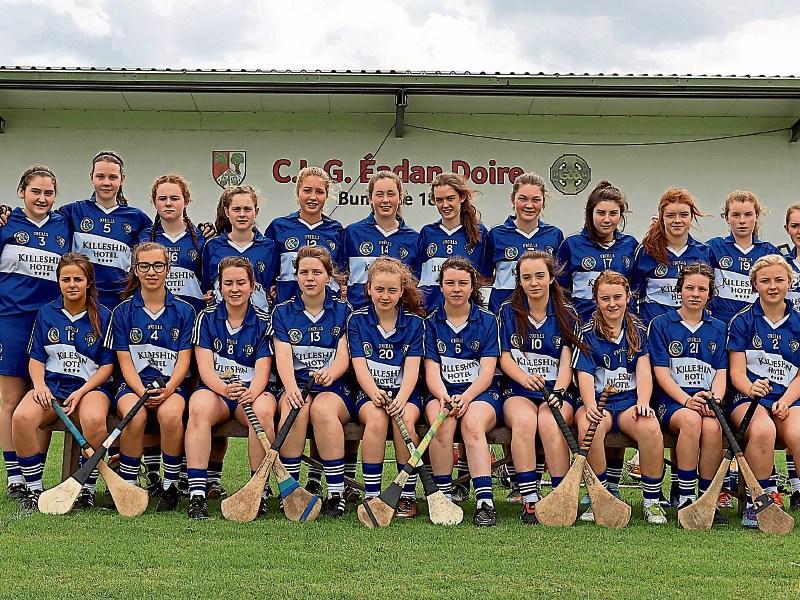 Despite battling bravely in the heat in Edenderry last Saturday, Laois eventually succumbed to a Westmeath side who were that little bit stronger on the day.

For 45 minutes, there wasn't much in it on the scoreline although the Laois defence were under sustained pressure from a fast paced Westmeath outfit.

Unfortunately for Laois, that pressure and their inability to get the upper hand on the dominant Westmeath half-back line eventually took it's toll. In the final quarter, Westmeath began taking their opportunities with greater ease and added 1-8 without reply to run out deserved winners with the goal coming in injury-time.

That goal was harsh on goalkeeper Aedin Lowry who had a brilliant game making a string of saves that drew praise from Laois and Westmeath fans alike. In front of her, Sara Fingleton, Patricia Lalor and Molly O'Connor were also outstanding and had it not been for this quartet, Westmeath could easily have scored the same amount again. Clodagh Tynan and Aimee Collier also put in strong performances but ahead of them, Laois struggled to win any individual battles with only Kristen Keenan getting the edge on her Westmeath opponents.

In saying that, Laois can in no way be faulted for their efforts as they gave their all from start to finish but this was just one of those days where they came up against a better side who had averaged an amazing 28 points per game on their way to the final.

They were quickly out of the blocks again on Saturday getting four points on the board inside the opening five minutes. They could have easily had a goal as well but Aedin Lowry made the first of her stops on the day.

Laois eventually settled with their full-back line getting to grips with Westmeath and Jessica Quinlan and Alannah Tynan pointed at the other end. Laois looked like they had gotten a goal when a shot from Donnagh Mortimer seemed destined to cross the line but it seemed like a combination of the sand in the goal-mouth and the slope stopped it from getting over the line.

Not long after, the game did get its first goal but it came at the other end as Lucy Power ripped the ball to the roof of the net from close range giving Lowry no chance. Westmeath had other chances but excellent last ditch defending kept them at bay.

Laois rallied well before the break and three points from the deadly accurate Kirsten Keenan, two from frees and one from a '45, had Laois back within two with half-time approaching.

Before the interval, there was time for another save from Aedin Lowry who got a strong hurl to a powerfully hit shot from Meagan Dowdall to leave Westmeath 1-4 to 0-5 ahead.

The busy goalkeeper was back in action again straight after the restart this time nonchalantly catching a stinging shot from Lucy Power.

More fine Laois defending restricted Westmeath to just one point in the opening quarter of the second-half but they were dominating territory and possession with Ciara O'Looney lording it in the middle of the field.

Eventually Laois began to tire under the siege and Westmeath hit five points in a four minute spell to firmly take the upper hand. With Laois unable to get out of their half for long periods, Westmeath extended their advantage to 1-12 to 0-6 although goalkeeper Aedin Lowry made another three saves with her defence picking up the pieces and clearing their lines.

In the end, even that stubborn resistance was broken as Westmeath added another 1-1 in the final minute of injury-time to seal the win with Nicole Keogh finding the net.

While they were obviously heartbroken at the final whistle, Laois should be very proud having for having reached an All Ireland Final and this experience will stand to the talented young players in years to come as they advance.