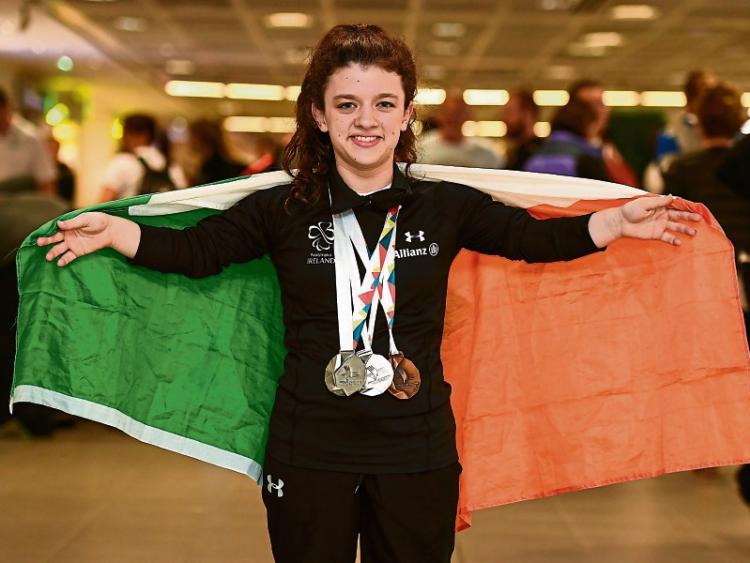 Portarlington's Nicole Turner will take to the pool in Rio this week, as she competes in the 2016 Paralympic Games in Brazil.

At just 14 years of age, the Colaiste Íosagáin student will be one of the youngest competing in Rio, but she still represents one of Ireland's best medal hopes at the games.

It promises to be a hectic week for Turner, who is competing in six different competitions in the S6 class, which could potentially see her swim in 12 competitive races in just eight days.

Her first appearance at the games will be this Friday, when she competes in the heats for the 50m Butterfly, one of her strongest events. Turner claimed a gold medal in this discipline, at this distance, at the World Championships earlier this year, and will be hoping to repeat that feat here.

On Saturday she will race in the 50m freestyle, before she has a days rest ahead of another race she will have medal hopes in, the 20oM Individual Medley, which she won silver in at the Worlds.

Tuesday sees her line up for the 400M freestyle heats, before the third of her big medals hopes comes next Thursday. On that occasion she will be taking part in the 100M breaststroke heats, a competition she also won a silver medal in at the world championships. Her final event is the 100M freestyle next Saturday, before the Paralympics come to a close on Sunday.

In all of her events, both the heats and finals of the races will take place on the same day, which will lend itself to a hectic schedule for the Port teenager.

Her coaches have earmarked these games as a learning experience for Nicole, but with her performances at the World Championships earlier this year, she will no doubt be quietly confident of bringing home some medals from the Rio Games.