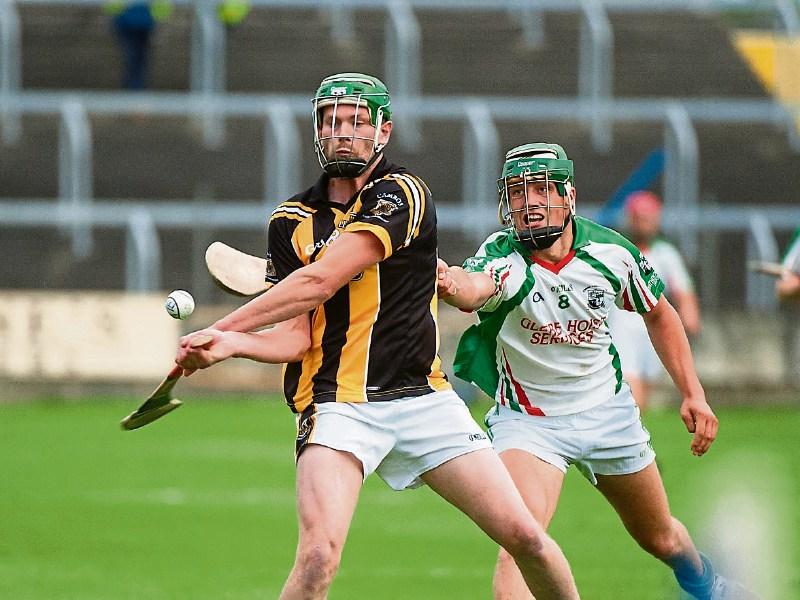 The headline act, as such, of the weekend double header sees Camross attempt to make it two wins from two over Rathdowney-Errill in this year's championship.

Having met in Round 1, both teams played out what was probably the best game of the competition so far, with Camross snatching victory at the death thanks to two Zane Keenan points.

Keenan will lead his side into battle once more on Sunday, as they try to make it to a fourth successive SHC final. Should they pull it off, it will be a remarkable achievement, and considering they have lost the last two, it will be testament to their character to keep coming back.

After beating Rathdowney-Errill in Round 1, they followed that up with a comfortable win over Clough-Ballacolla in Round 2, and the problem they have now is that they have had to wait over a month for this game.

No doubt training has gone well and they have had a number of practice matches, but in the mean time Rathdowney-Errill have had a good, tough battle with Clough-Ballacolla, and that will have brought them on a lot.

Neither side is reporting any major injury concerns ahead of the game, although Mark Kavanagh remains on the sidelines for Rathdowney-Errill. Ross King has carried the scoring burden in his absence, and done reasonably well, but what got them past Clough-Ballacolla last time out was the spread of scorers.

They had nine different players on the scoresheet, with Paddy Purcell's move back to midfield from centre-back paying dividends, as he scored 1-2. They will need a similar return on Sunday, because King will draw plenty of attention from the Camross rearguard, so the more they can spread out the scores the better chance they have of winning.

At the back, Joe Fitzpatrick slotted into centre-back last time out and is likely to stay there, as Liam O'Connell is probably not fit enough yet to start in such a crucial position.

For Camross, the talk inevitably takes in Zane Keenan. He is so crucial to their hopes that it almost seems simplistic for opposition teams; just shut him down and you've taken a giant stride to victory.

As ever, that's easier said that done, and much depends on where he plays, as he could be anywhere from corner-forward to midfield. Camross will put him wherever he can get on the ball the most, and if he gets on the ball around 15 to 20 times in the game, he will have a huge bearing on the result.

Camross' great strength is their versatility, and while they may not have the biggest panel in the championship, they have an unending amount of options in how they set up. That makes it difficult for Rathdowney-Errill to plan, and they will have to play off the cuff to an extent, and be good enough to react to whatever situation presents itself before them on Sunday.

Rathdowney-Errill, even without Kavanagh, probably have a slightly stronger team on paper, but a Camross side fueled by two county final losses in succession is a formidable opponent at this stage of the competition. The manner of their win in Round 1 will no doubt be in Rathdowney-Errill minds, and if there is any doubt there, Camross will exploit it.

Camross to edge another thriller, and bring Rathdowney-Errill's record of winning the SHC every second year to an end.

The curtain raiser on Sunday is, like the other game, a repeat of a tie in the earlier rounds, as Borris-Kilcotton take on Ballinakill Gaels.

Indeed, this is the third times the teams will have played each other, with their meeting in Round 2 resulting in a draw, with Ballinakill Gaels edging the replay. In the first game, it looked like Borris-Kilcotton had done enough to secure a direct route to the semi-final, only for Cha Dwyer to pop up with a goal in the closing stages to force a replay.

That second meeting between the sides was a forgettable affair, with Ballinakill just about getting the inw in spite of their own poor shooting. Borris-Kilcotton's total of 2-6 in the same game is the second lowest score registered by any side in the SHC this year, with The Harps tally of 0-8 in Round 1 the worst.

What's interesting is that both of those totals came against Ballinakill, who are conceding just 0-12 on average so far in the competition.

If they can hold Borris-Kilcotton to a similar tally on Sunday you'd have to imagine they will have done enough to progress, but this should be a better Borris-Kilcotton side taking to the field this Sunday.

While the loss to Ballinakill Gaels wasn't ideal, it did at least afford them another game playing together, and it gave Joe Campion another chance to get up to speed having spent the summer in America.

His return of 0-4 from play in the win over Portlaoise would suggest he is getting some way back to his best form, which is a huge bonus for Borris-Kilcotton.

Much will depend on their defence, however, and how they control the threat of Cha Dwyer. Cha had what was described as a 'quiet' game in the drawn match, but still scored 1-9, and if he does catch fire he's almost unmarkable at club level. The worry for Ballinakill Gaels is his erratic free-taking, with Eamon Jackman likely to assume responsibility for these from the outset.

The outcome of this could, realistically, come down to Cha's performance, which probably puts a lot of pressure on him, but is hardly something he's not aware of. If he has one of his good days, then Borris-Kilcotton will struggle to hold him. Their own attack has been patchy this year, so unless the likes of Neil Foyle, PJ Scully and Campion can find some consistency, this could be a famous result for Ballinakill.