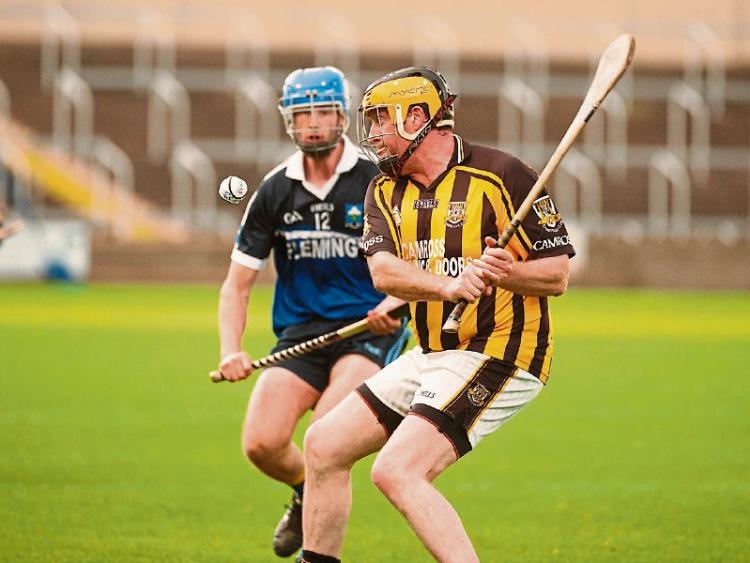 Controversy reigned at the JHC 'C' final replay in O'Moore Park last Wednesday night, as Slieve Margy withdrew their players from the field before the final whistle.

After a fight broke out with about five minutes remaining Slieve Margy, who had a number of players suffer injuries in the brawl, informed the referee they would not be completing the game, for what they felt was the safety of their players.

Camross were leading 1-10 to 0-6 at the time and seemed destined to win the game, but it remains to be seen what the fate of this competition will now be. It is expected to be dealt with by the CCC at some stage in the near future, possibly this week, although there was no indication on what the likely outcome would be.

As for the game itself, Camross got off to the brighter start with a point from Greg Cuddy. This was followed up minutes later with one from John Cuddy, to give the men in black and amber a two point advantage early on. Ollie Dowling popped up with another score soon after as Camross lead by three after ten minutes.

Slieve Margy finally hit their first score of the game soon after that, with a free coming from the hurl of Conor Harrington. A few minutes later and he had added two more frees to his name to level the scores. He came up with another free soon after, and Slieve Margy took the lead for the first and last time in the game.

Camross then fired back at Slieve Margy with scores from Greg Cuddy, an excellent score from James Moore, and a free by Greg Cuddy. The only goal of the game came before the interval, and it went the way of Camross, as they looked in cruise control. A long free was sent into the square, and Aidan Carroll was the man to knock it into the back of the net. The score at half time read Camross 1-6, Slieve Margy 0-4.

First half substitute Fintan Palmer was the man to kick off the scoring for Camross, as they began their domination in the match once again. Greg Cuddy soon followed suit with a well taken free. Further scores came from Seamus Kennedy, and another Greg Cuddy free. Camross were in front by a strong nine points at this stage of the game, as Slieve Margy were yet to register a point in the second half.

However, the last game ended up a draw after Slieve Margy’s brilliant comeback, so at this point of time you felt the game was not over. A point from a free by Conor Harrington gave Slieve Margy some hope, but they were struggling up front, with all of their scores coming from placed balls by Harrington.

A few minutes later and Harrington popped over another free to reduce the gap to seven. However, Slieve Margy were beginning to run out of time, and they did not look like hitting the back of the net anytime soon.

After that, the unfortunate scenes which ultimately marred the game unfolded, and while the action ended there, we could yet be hearing more about this game.