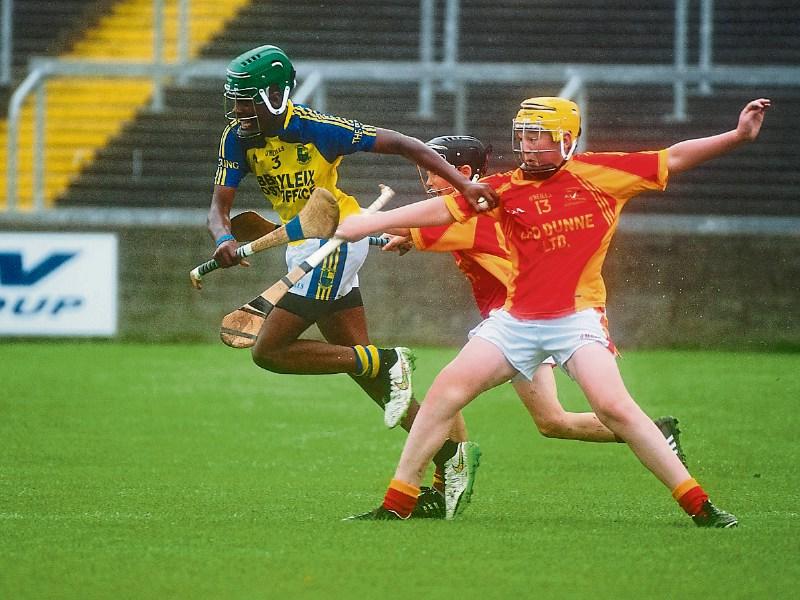 St Lazerian's Abbeyleix were victorious over The Harps and claimed the Laois U-14 'A' Hurling Championship last Saturday at O’Moore Park.

This will be added to their underage trophy cabinet for the season, having also won the Minor 'A' Hurling Championship the day before, as well as the U-14 Feile title earlier in the year.

Lee Maher kicked off the scoring for St Lazerians Abbeyleix, and this was closely followed by the first goal of the game. Only James McWey will know whether he meant to go for goal, but from about twenty yards he whacked the ball into the back of the net.

Lee Maher followed up with a point. The Harps fired back with three unanswered points to put them right back into the match. St Lazerians Abbeyleix got four further scores, before Conor Delaney grabbed one back for The Harps. St Lazerian's Abbeyleix were up by six at the interval.

St Lazerians Abbeyleix grabbed their second goal of the game through Ben Freeman, as he was on hand to follow up on a rebound. Abbeyleix looked well in control at this stage. Jim O’Connor pulled one back for The Harps, but this was followed by points from the fantastic Lee Maher and Adam Broady, both super scores.

Conor Delaney got one back for The Harps, before they got their goal. This came through Mark Holland, after he composed himself and finished into an empty net, and The Harps were given a lifeline it seemed. However, St Lazerians Abbexleix showed their quality and character, after they would get the next three scores.

The three scores were all from midfielder Aaron Brennan. The first was after a great run, then a free, then another from play as St Lazerian's ran out comfortable winners. What a week this was for Abbeyleix.