Portlaoise out to upset Sarsfields in first ever senior ladies final 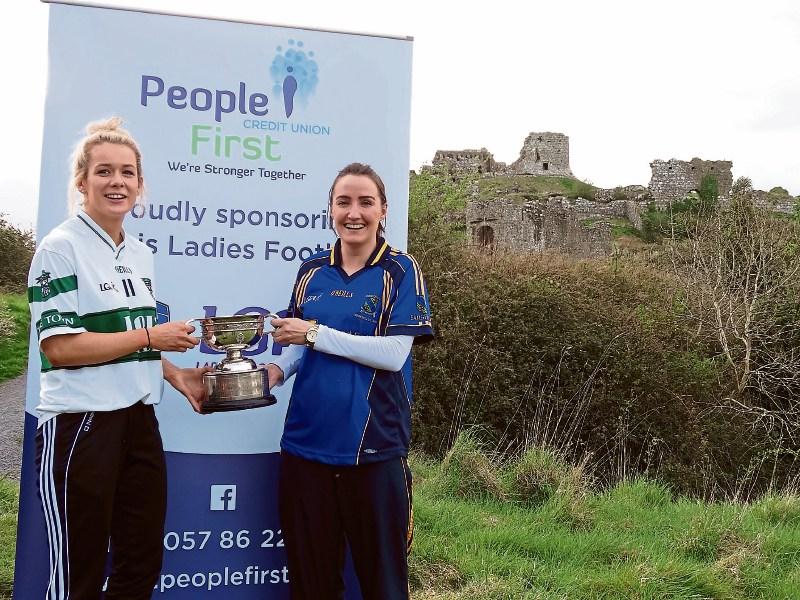 All roads lead to Portarlington this Saturday evening at 6pm for the People’s First Credit Union senior championship final, where reigning three-in-a-row champions Sarsfields take on a Portlaoise side who are appearing in their first ever senior club final.

Speaking to the Leinster Express during the week Sarsfields manager Alan George confessed. “I'll consider it my biggest achievement to date if we win the final this year. In the past few weeks our panel has been cut from 27 to 22 with injuries”.

Indeed the Sarsfields camp has bizarrely suffered five cruciate injuries and a broken ankle in the past year to the starting fifteen, which is a tough blow for any team. Despite this, Sarsfields cannot be written off that easily. The experience and depth of their panel is impressive and regardless of all they’ve achieved, they have a remarkable hunger for more.

Their captain Tracey Lawlor is back this year and certainly eager to get her hands on the Lulu Carroll trophy ,while corner forward Rachel Williams, who broke her leg against Portlaoise at the semi-final stage last year, will surely be looking to put one over on the side which caused her to miss the final last year. Laura Peake and Olwyn Farrell gave player of the match performances against Timahoe and will undoubtedly pose a threat to Portlaoise.

This year’s championship offered some excellent battles with so little between the teams that at semi-final stage, there was no telling who would make the final. George reflects. “This was definitely the most competitive championship since I’ve take over Sarsfields. With Sarsfields being the current title holders ,Portlaoise, Timahoe and Brigid's were all out for us this year, even the League final against St Brigids was a cracking game and all of the games this year have shown the talent that’s in the county.”

On the other side of the fence sit a Portlaoise side with manager Mark Keating who accepts that they are underdogs considering this is Sarsfields eleventh consecutive county final appearance. “Portlaoise have been improving steadily out of the limelight over the past few years. We won the Senior B in 2014, reached the semi-final for the first time in 2015 and now we’ve pushed on one more and reached the final.

“We have had huge talent coming up the ranks over the past few years which has got us to the county final and the best thing is the talent is still coming, with our U-14s winning the Laois Feile this year. I suppose in Portlaoise it’s the achievement of men’s football that gets people talking and it’s great to see the women are now at the same stage. A highlight for the team and myself last weekend at our semi-final against St Brigid's was to see some of the senior men showing their support for our team.”

How does he feel having upset the nine year Timahoe v Sarsfields pairing in the county final? “Yeah it’s great to have not let them reach a decade of meeting in the final, but this year’s championship was so competitive that you really couldn’t tell who would make the final. There’s some great teams in Laois and with St Conleth’s winning the Intermediate and coming up senior next year means there will be very little between reaching a semi-final and getting relegated, so it’s all to play for.”

Looking to the game at hand Keating says. “It’s a big deal for us to reach our clubs first ever senior final and we know there’s going to be nerves. For Sarsfields they’ve been here many times before but we have to focus on ourselves and we’re keeping things as normal as we can at training but there’s excitement too, we are really looking forward to the challenge.”

Portlaoise have a very talented team with Laois camogie captain Olga Parkinson at wing forward, All-Star Ciamh Dollard between the posts, captain Ellen Healy tearing it up the middle and many more besides.

For Portlaoise, if they can put past beatings at the hands of Sarsfields to the back of their minds and focus on their own style of play, which is drilling fast ball into Sarah Ann Fitzgerald in the full forward line, they have a real shot at creating history on Saturday evening.

They are two well matched sides, and as things stand, it is too close to call.