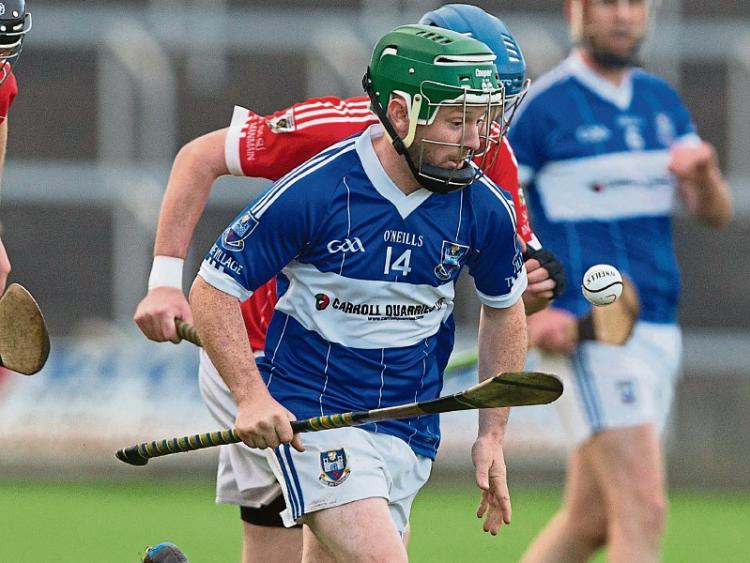 A violent row minutes before the end of normal time saw this Laois SHC 'A' semi-final end in controversy on Saturday night in O'Moore Park.

Castletown had just taken a four point lead when Brendan Reddin's long ball was fumbled over the line by Clonaslee goalkeeper James Young before the row began. In the moments after the goal, Young appeared to lash out at one of the Castletown players, which sparked a mass brawl as players from both sides rushed to get involved.

Hurls and fists were swung with lethal intent, in what was a truly dreadful spectacle. Team mentors and supporters also filed out of the stand, and it took referee Kieran Bowe a few minutes to restore order.

It harked back to dark times both clubs have experienced in the past, but Clonaslee's recent record could see them punished severely for their role in this latest shameful incident.

Some lengthy suspensions await, with James Young and Kevin Conroy both shown straight red cards, and both clubs likely to be censured for the behaviour of their players and supporters.

It ruined what had been, up to that point, a scrappy but entertaining game, as Clonaslee frustrated a fancied Castletown side.

There wasn't much expected of Clonaslee prior to throw in, but the sheer brilliance of John Rowney looked like it might be enough to secure them a famous victory. As it turned out, Rowney's considerable efforts proved fruitless.

Rowney and Kevin Conroy exchanged early scores before Ryan Mullaney punished a Willie Murray mistake to fire in a goal for Castletown. John Rowney hit back with three points in a row for Clonaslee to level the game, and that set the tone for a closely fought first half.

Mullaney and Rowney exchanged points once more before a Rowney free gave Clonaslee the lead. Both teams exchanged points after that, the highlight a sideline cut from Rowney, but a Dylan Conroy free in injury time saw Castletown lead narrowly at the break, 1-6 to 0-8.

Casteltown hit the first three points of the half to go four clear and they looked set to pull away, but Clonaslee sub Enda McEvoy hit 1-1 in two minutes to level the scores.

John Rowney then twice put them ahead only to see Casteltown draw level, before John Gaughan landed a 65 and then Ben Reddin's fortuitous goal sparked the disgraceful scenes mentioned above.

Play eventually did resume, although there were no more scores, although Glen McEvoy did get a second yellow as Clonaslee St Manman's finished the game with 13 players.