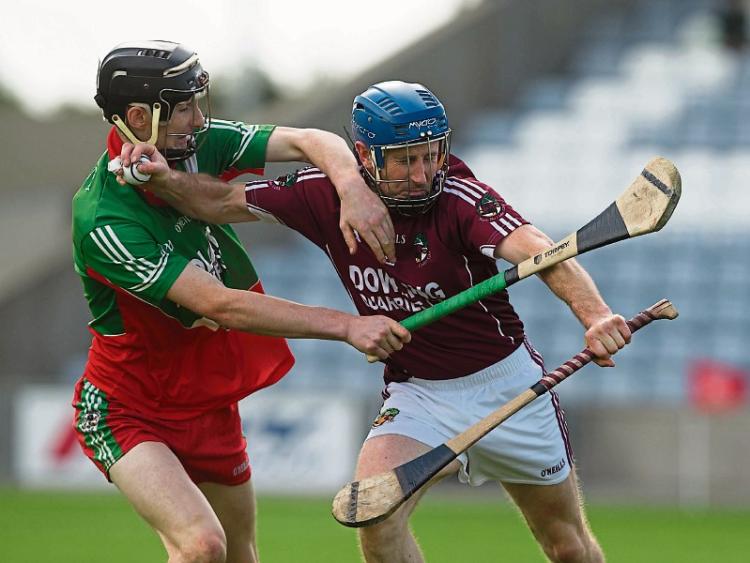 Cha Dwyer showed nerves of steel to point three frees in the last three minutes to earn Ballinakill Gaels a replay in this Laois SHC semi-final.

Borris-Kilcotton, having played with the aid a strong breeze in the first half, lead 1-9 to 0-2 at the break, but were slowly reeled in by Ballinakill.

In what was a scrappy game overall, neither side really hit the heights they were capable of, with the conditions playing their part in that. The wind was relentless throughout the game, and both teams struggled to cope playing into it. Even though Borris-Kilcotton were ten points up at the break, you knew that with the wind the way it was, there was still no guarantees.

The teams must now wait two weeks before they meet again, on what was supposed to be county final day, as it will once again be a double-header, owing to the other semi-final finishing level as well.

Ballinakill had actually opened the scoring in spite of the conditions, as Cha Dwyer split the posts in the first minute. Borris-Kilcotton were finding out early on that the wind had to be mastered before it could be used to your advantage, as they took their time to find their range.

They eventually drew level with Patrick Whelan fired over from distance, and the full force of the wind was felt after that when Eoin Fleming pointed a free from close to his own 45. Whelan added his second before another long-range free from Fleming bounced in the Ballinakill square and flew into the net. Joe Campion and Stephen Phelan added to the lead before Cha Dwyer hit Ballinakill's second, and final, point of the half.

Borris-Kilcotton went 14 minutes after that without scoring, a run they would later regret, before hitting four points in three minutes before half time. Eoin Fleming, Daire Quinlan (2) and Aaron Dunphy were the scorers, and at half time Borris-Kilcotton were 1-9 to 0-2 ahead.

When Daire Quinlan pushed them 11 clear on the restart with a free, all seemed lost for Ballinakill, but they slowly worked their way back into it. Eddie Dwyer pointed before Cha Dwyer hit a brace to get them up and running, as Joe Campion replied for Borris-Kilcotton.

Ballinakill were finding form though, and Cha hit three more frees before setting up brother Seamus for another, as they were now within five. Sean Downey and TJ Lalor brought them within three with ten minute left, but as both teams exchanged a brace of scores, it meant there was still three in it with one minute left.

Step forward Cha Dwyer, as he scored three frees in those closing minutes to haul his side level, and earn a second bite of the cherry.