Camross rise from the ashes to claim draw 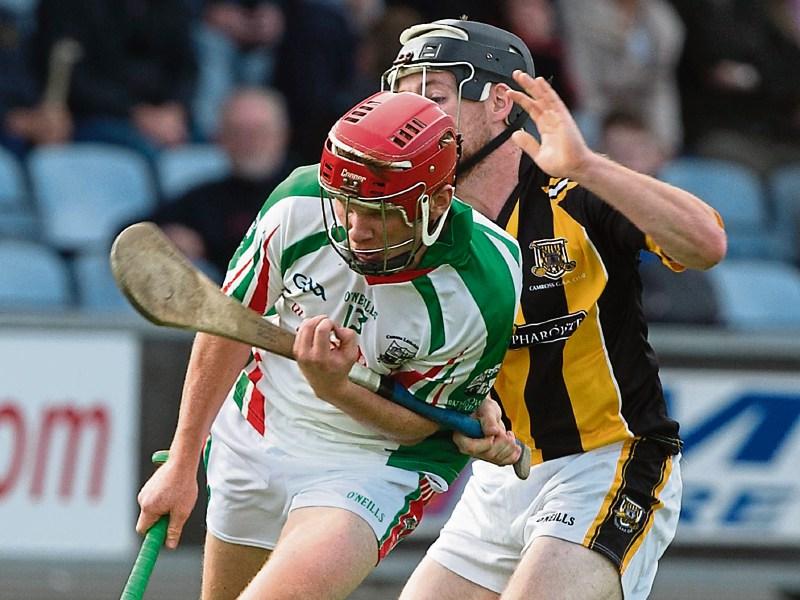 Exactly how they managed to leave O'Moore Park with a second chance only they will know, having played the entire second half with only 14 men, following Damien Keenan's red card, and facing into the teeth of a strong breeze.

Rathdowney-Errill had been brilliant for most of the game, particularly in the first half. They made light of the tough conditions to lead at half time, despite having faced into the wind, with Liam O'Connell's goal crucial.

Patrick Purcell dropped back to play as a sweeper and performed the role superbly, winning ball all over the Rathdowney-Errill back line and using it intelligently. Rathdowney-Errill's use of the ball and their movement off it lead to what was probably the most impressive 30 minutes of hurling any side has managed in the SHC this year.

When they emerged for the second half and promptly hit four points in five minutes, Camross looked a beaten side. When Zane Keenan saw a penalty saved in the 41st minute, it just looked like it wouldn't be their day, and they even had to withdraw Dean Delaney and Darrell Dooley, as both seemed like thier frustrations were going to get the better of them.

In spite of all that, they kept themselves in touch, and while Rathdowney-Errill played superbly for a lot of the game, they didn't do enough to kill it off when they were on top.

Camross threw themselves a life line when Keenan lined up a 21 yard free, and as he applied topspin to the ball it flew past the Rathdowney-Errill defence to give his side a huge lift.

He added two frees to get his side within two, but when Paddy Purcell scored a brilliant point from the right wing to push Rathdowney-Errill three clear once more, they looked like they were going to hold on.

It wasn't to be though, as Gearoid Burke's lofted 65 in the final minute broke for Duggan, and his shot found a way through the massed ranks of defenders to nestle in the bottom corner.

It was a remarkable end to an entertaining game, with Camross having started brightly thanks to a Keenan free from inside his own 65. Darrell Dooley and Darragh Duggan added to that before Tadgh Dowling opened Rathdowney-Errill's account.

Dwane Palmer hit back for Camross with a fine score from the right wing, before excellent work from Ross King allowed him to open his account for the day.

Keenan then blasted a 21 yard free just over the bar before a brace from King, one each from a free and from play, got Rathdowney-Errill within one, at 0-5 to 0-4.

Keenan again provided the response from a free, before Liam O'Connell struck for a goal. Jack Kelly's ball into the danger area hung up in the wind, and O'Connell plucked it from the sky before turning and lashing a shot past Tadhg Doran.

Camross' responded well, as Darrell Dooley and Zane Keenan pointed to put them back in the lead, but another Ross King free restored parity. Rathdowney-Errill were really impressive during this period, and Tadgh Dowling edged them ahead with a brilliant score from distance.

Andrew Collier and King (free) exchanged points to leave it 1-7 to 0-9 at the break, with Camross' cause not helped by Damien Keenan picking up a second yellow card for a foul on David Poynton.

When Rathdowney-Errill stormed out of the blocks for the second half all looked lost for the black and amber, but they refused to bow. Keenan was moved to the full forward line and they started to play the ball up to him, and it eventually proved the key.

Indeed, had it not been for some inspired goalkeeping by Noel Brennan, Camross could possibly have won the game. As it happened, neither side could get the decisive score, so the good news for the neutrals is that they will battle it all out again on September 25.