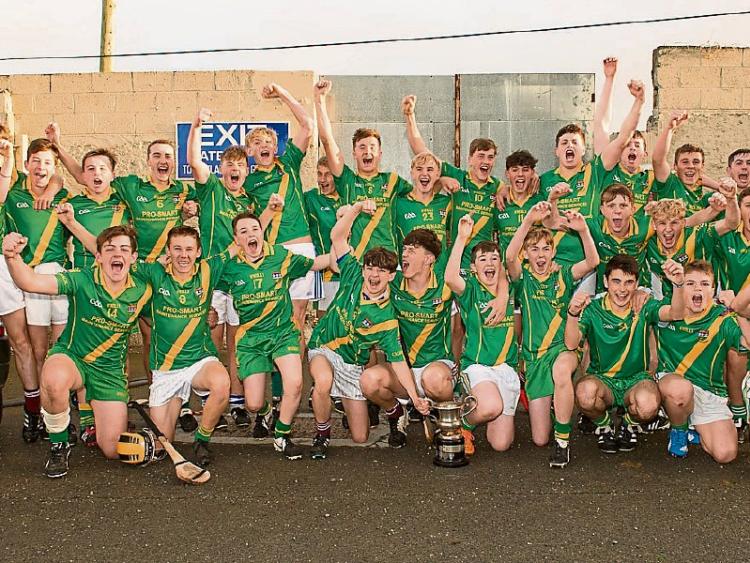 Coming into this final, Clonad-Ballinakill-Park Ratheniska were overwhelming favourites, having gone unbeaten all year round, including the league.

They lived up to that status, as they easily defeated St Fintan’s Ballypickas to claim the U-16 'B' Hurling Championship last Friday night in O'Moore Park.

Clonad Park Ratheniska got off to the better start, with three points without reply, with those scores coming through the impressive Stephen Brennan. St Fintan’s Ballypickas fired right back with two scores of their own, one from Enda Mulhall, the other from Shane Bowe after some sloppy Clonad-Ballinakill-Park Ratheniska play at the back.

The second half kicked off where the first left off, with two scores off the bat for Clonad Ballinakill Park Ratheniska through Stephen Brennan and PJ Daly (free). St Fintan’s Ballypickas pulled one back through Shane Bowe, which was subsequently matched by a PJ Daly free.

A point from Stephen Brennan and a Daly free put plenty of space between the sides, before Clonad Ballinakill Park Ratheniska effectively sealed the game with the second goal of the game.