SFC gets down to serious business as pivotal weekend awaits 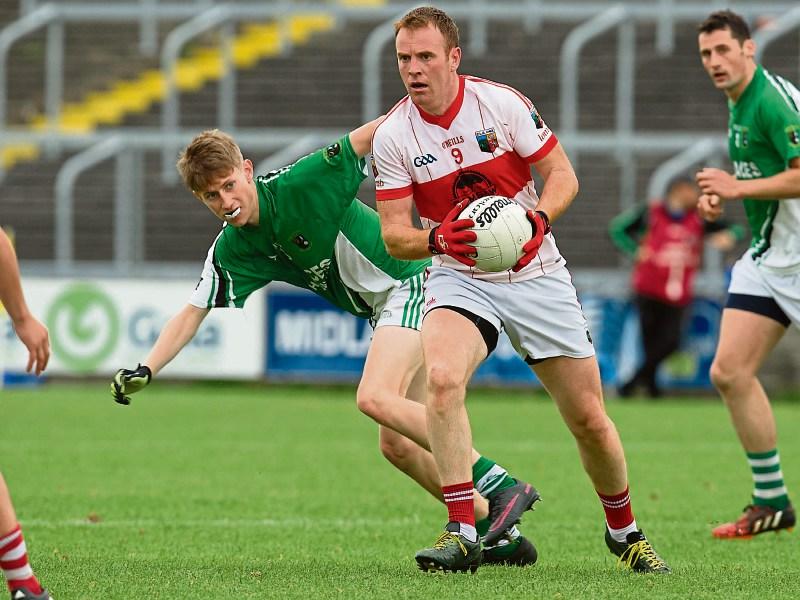 A local derby to start the weekend, the more experienced and battle-hardened Arles-Kilcruise will be expected to claim victory here.

As ever with a game involving Crettyard though, nothing will come easy. They have been very impressive at times this year, and in Cormac Murphy they have one of the most in-form forwards in the county.

He will be a target no doubt for the Arles-Kilcruise defence, as they will know he will have to be tightly marked to stem their attacking intent. He is not on his own though, and if Evan O'Carroll dominates around midfield, and Cristóir Maher gets on enough ball, this one should be close.

For Arles-Kilcruise, however, they won't be faced with anything this weekend which they haven't faced, and overcome, before. If they can keep enough ball kicked up to Ross Munnelly and David Conway, then they should provide enough scores to get them over the line. It'll be close, but Arles-Kilcruise should get the job done.

While eight clubs go in search of semi-final places this weekend, two try to retain their place in the competition.

You would have gotten fairly long odds on The Heath and Emo contesting this relegation playoff at the start of the competition. For whichever club makes the drop, it will have been a remarkable and rapid fall. The Heath were crowed Division 1 league champions just a couple of months ago, while Emo probably should have beaten Portlaoise in last year's county final.

Looking at the form of both sides, Emo perhaps have the slight advantage. While both have been losing games, Emo have at least been scoring freely; 0-24 against Clonaslee, 3-12 against Ballyfin Gaels.

For their part, The Heath have been losing and not scoring well at all, scoring an average of ten points in their last three games.

This is down to a shootout now, and if The Heath play defensively, Emo appear to have the firepower to send them down to the IFC.

Ballyroan Abbey have proven to be one of the surprise packages of the championship this year, and they have progressed to a tough quarter-final against Arles-Killeen.

Padraig Clancy's charges have probably exceeded expectations in getting this far, at least for those outside the club, and it's hard to see them going much further than this. They are young and relatively small, and although they have some excellent footballers in their ranks, Arles-Killeen look that bit stronger.

Donie Kingston will be key, as he always is, and he is so hard to stop that it'll take an almighty effort from Ballyroan Abbey to keep him under wraps. Ballyroan Abbey's time will come, and their results at underage level would suggest they are doing a lot right, but Arles-Killeen should have too much for them here.

Portlaoise's inexorable drive to a tenth Laois SFC title in a row will see St Joseph's become the latest side to try and derail them this Saturday night.

The Kellyville side had a good win over Portlaoise in the ACFL earlier this year, but that won't count for a whole lot in O'Moore Park on Saturday. The reigning champions have comfortably dealt with The Heath and Arles-Killeen so far, two sides who had been expected to challenge them, and it's hard to see how St Joseph's will slow their gallop.

It's not that they don't possess quality in their ranks, which they undoubtedly do, but like all the other club sides in Laois, they don't have enough to trouble Portlaoise.

Malachy McNulty's side will no doubt be eyeing provincial glory this year, but the scare against Emo in 2015 ensures they won't allow themselves to be surprised on home soil any more. Portlaoise to win comfortably.

Hot on the heels of the All-Ireland final, any football fans who haven't had their appetite sated by Dublin and Mayo can catch the last of this weekend's quarter-finals on Sunday evening.

It may even prove to be the best of them, as these teams appear fairly well matched. Ballylinan have well and truly put past relegation fears behind them, and they have impressed at times this year.

Gary Walsh is no longer carrying the scoring burden alone, with Andy McEvoy and Cathail Dunne really stepping up to the plate in that regard. Alan Farrell's development has helped them at the back, and they look a more balanced side this year.

With Gary Kavanagh at the helm, it adds an extra dimension to their clash with Stradbally, who, like Ballylinan, have gotten clear of the spectre of relegation. For both clubs, getting this far is a major improvement, and going further would be remarkable. There's not a lot between them, both in terms of ability and experience, but we'll back Gary Walsh to drag Ballylinan to a narrow victory.