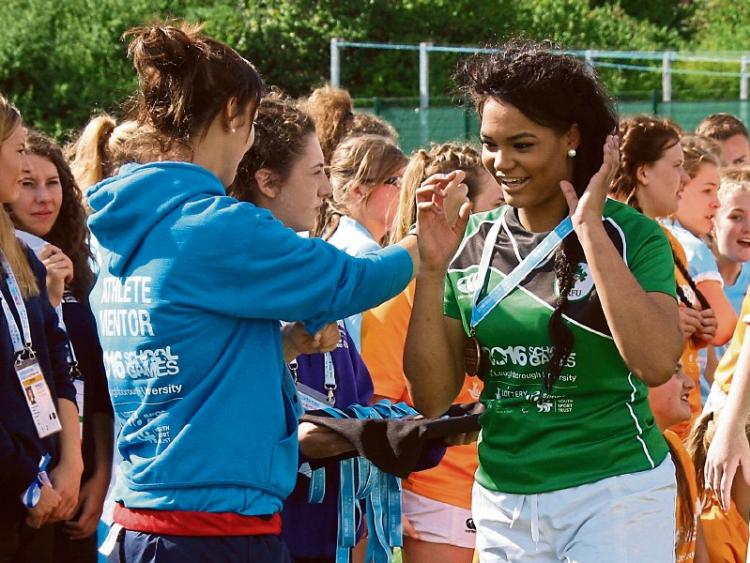 Ireland Underage Women’s 7s have been travelling to the Sainsbury School Games since 2013 and have been kept out of the medals by the traditionally strong British sides. Ireland have been placed sixth, fifth and fourth in previous tournaments.

Portlaoise’s Eimear Corri opened Ireland’s account against England South West and set in train an epic journey leading to the coveted bronze medal. Ireland beat the South West in that first game. In their second encounter they were pipped by Midlands but followed up with a decisive victory over Wales West to take second position in the group.

This set up a quarter final match against Wales East in which Corri played as jumper in the line, tighthead prop in the scrum and try scoring centre. Ireland’s victory resulted in a berth in the semi-final pitched against eventual gold-medallist, England South East, who proved too strong for the Irish.

In an Irish record at underage, this was Eimear Corri’s third appearance at the Games. She scored tries in all but one of the games to become Ireland’s top try scorer. Her bronze medal was presented by the English senior team captain Sarah Hunter MBE.

Portlaoise Rugby Club are currently recruiting women and underage players. Why not give it a try on Tuesday or Friday night at 7pm.