Stradbally at their ease to sail into semis 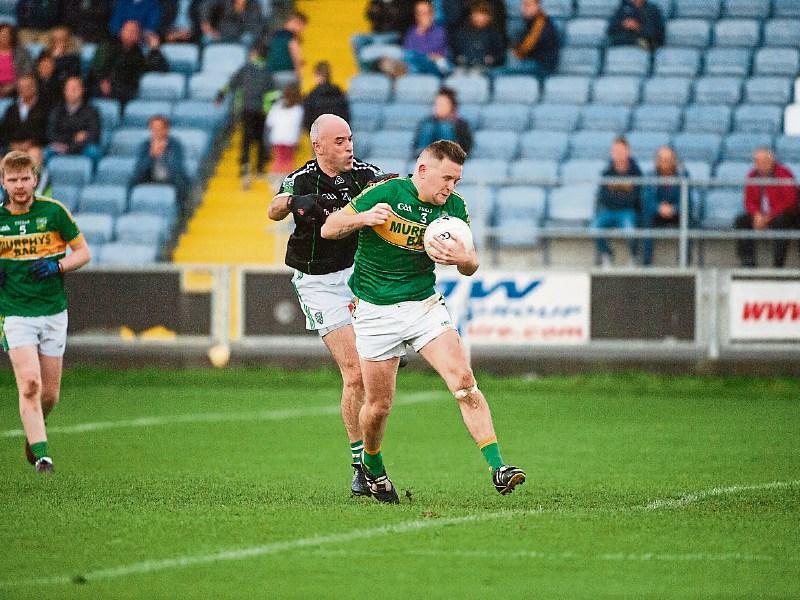 Stradbally have reached a county semi-final after they comfortably defeated a disappointing Ballylinan side by thirteen points and now face a Crettyard Gaels side whom they have already beaten comprehensively.

While Stradbally were favourites to progress from the tie, it was felt a talented young Ballylinan team would give them a strong challenge but this game was completely one sided and was effectively over as a contest just after the twenty minute mark with the winners 2-6 to no score in front.

With Colm Begley pulling the strings from the middle of the park and all the forwards posing a threat, Ballylinan were put to the sword early on.

After a first goal by Eoin Buggie with 12 minutes gone, Stradbally were already well on their way. Just like that All Ireland played earlier that day, there was also an own-goal in this game when Conor Behan saw a ball across from a sideline from Colm Kelly hit off him into the net to put Stradbally completely in control with just a quarter of the game played. The other similarity with the All Ireland final was that Ballylinan took a long time to register their first point, after 24 minutes, but the own goal had not gone in their favour and they were already well out of the game.

It might have been different had Ballylinan converted a penalty which was awarded in bizarre fashion. With the ball well out the field, Jamie Kavanagh was penalised for holding his man and a penalty was awarded, much to the bemusement of those in O’Moore Park. However, Ballylinan spurned the gift and Gary Walsh shot wide, with his side trailing by just two points.

From the outset Stradbally were the much livelier team and two points from Colm Begley, one free, they were on their way when Eoin Buggie finished a flowing move involving Begley and Gary Comerford to the net with 12 minutes played.

A well taken point from Colm Kelly followed before he played a role in the goal when his sideline struck off the unfortunate Behan for a goal.

Stradbally continued to add on scores with Conor Delaney, Colm Begley and Colm Kelly all on the mark.

When Podge Walsh opened Ballylinan’s account with 24 minutes played, Stradbally already had notched 2-6 and the continued to dominate, adding another 4 points before the break with Ballylinan adding a second point from Cathail Dunne.

Things were much better from Ballylinan in the second half, but having gone in at the break trailing by 14 points, things could only improve. Gary Walsh put on something of a virtuoso performance in scoring for his side, kicking eight points from play and placed balls, the highlight of which was a great point which he curled over on the run with ten minutes remaining.

Stradbally just had to keep pace with their opponents though, and they took their scores on a regular basis, with Ballylinan just shading it in the second half by 0-10 to 0-9.

The sending off of Conor Delaney for a second yellow forty minutes into the game didn’t have any effect on Stradbally and they always looked comfortable, even when a man down with over 20 minutes left to play.

A very positive note for Stradbally must have been the spread of scores throughout the team, with Colm Begley and Colm Kelly leading the way.

While Stradbally will be glad to have won this game, it would have been far more beneficial to have come through a stronger challenge as they have won all their games by well in excess of ten points in the championship so far and you learn more about your team when facing down a challenge.

They will undoubtedly fancy their chances of reaching a county final, especially as they received a favourable draw and will face Crettyard Gaels again. While Crettyard Gaels were missing some key players in that game, Stradbally look to be in a strong position to reach the final.