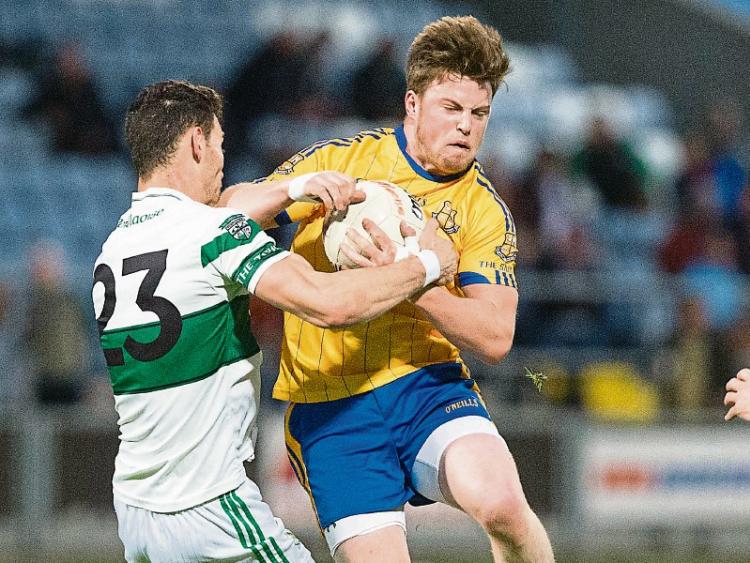 An excellent pointed free deep into injury time by Colin Campion sent this Laois SFC quarter-final to a replay, after an intriguing game in O'Moore Park on Saturday night.

For long spells, St Joseph's seemed destined to bring Portlaoise's incredible run of success to an end, as they lead by three points with eight minutes to go. Just when they could start to dream of glory, Portlaoise hit back with 1-1 in three minutes, the goal from Craig Rogers, to edge themselves ahead.

In a grandstand finish, however, Campion managed to find the range with a free from almost on the sideline to send the game to a replay this Friday.

St Joseph's deserve credit for their performance here, as they played with a packed defence and hit Portlaoise on the counter attack. While many teams have tried to do that before, St Joseph's had the mobility and fitness to pull it off, and it sets up a fascinating replay this Friday night.

St Joseph's started brightly, as Adam Campion fisted over a point with less than 20 seconds played. The Kellyville men knew they would have to get off to a good start to have any hope, and they duly obliged.

Paul Cahillane drew Portlaoise level but St Joseph's, in spite of playing with a hefty number of players in defence, were still creating chances at the other end. Michael Keogh made the most of the space afforded to him by pointing from the right wing, but Craig Rogers quickly drew Portlaoise level again.

Dan Dunne's free gave St Joseph's the lead for the third time, but Portlaoise responded well, as first Craig Rogers and then Paul Cahillane pointed frees, as they went ahead for the first time.

Undeterred, St Joseph's were soon back on level terms thanks to stunning point from Dan Dunne, as his free from way out on the right wing, just yards in from the sideline, sailed between the posts. He added another from close range soon after as Joseph's lead 0-5 to 0-4.

Portlaoise were finding it tough to get their usual rhythm going, but they burst to life after that. Chris Finn drew them level before Bruno McCormack pointed twice in the space of a minute to put them ahead. Five minutes later Paul Cahillane cut in from the right, and his right-footed shot left Daniel Nelligan with no chance, but it hit the post and rebounded out. Luckily for Portlaoise, it went straight into the arms of Bruno, who quickly added his third.

Portlaoise had now hit four in a row and lead by three points, which is the sort of situation you would expect them to kick on from. It wasn't to be though, as St Joseph's dug in, and James Doyle and James Kelly both pointed frees before the half time whistle sounded to leave the minimum between the sides, 0-8 to 0-7, as they headed to the dressing rooms.

The second half started with a bang as Danny Hickey poked home a goal from close range for St Joseph's, after Dylan Doyle's effort was stopped on the line by David Seale.

Portlaoise eventually settled in the half, and two points from Paul Cahillane brought them back on level terms. St Joseph's were doing a good job of frustrating them in attack though, and were picking off scores at the other end. Dan Dunne scored a brilliant long range free, and Jason Campion and Dylan Doyle hit the target to put them three clear.

Portlaoise were never going to lie down though, and Bruno McCormack set up Craig Rogers for a goal to haul them level, before a Cahillane free put them ahead. That set the stage for Colin Campion, and he ensured the sides must meet again.