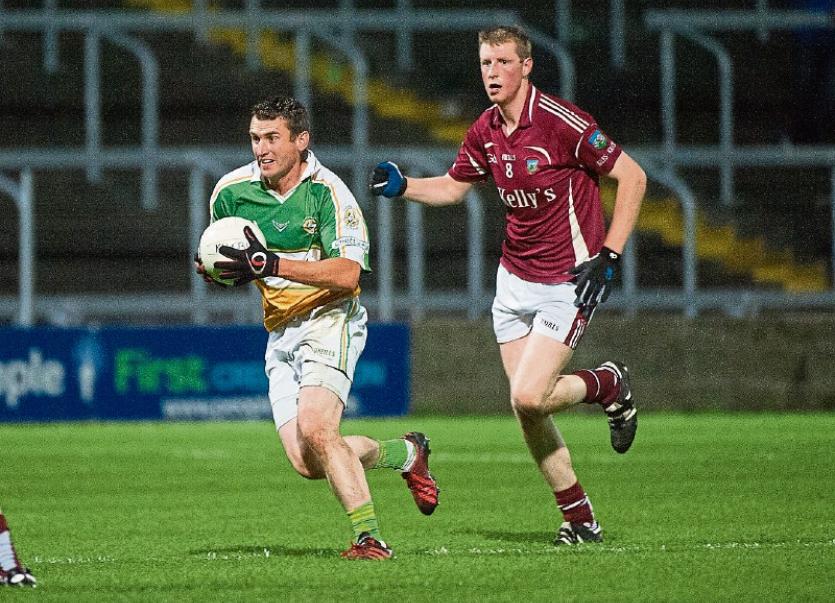 Crettyard Gaels booked a spot in the Laois SFC semi-final for the first time in their history with a convincing win against Arles-Kilcruise last Friday night, in front of what seemed to be the whole parish in O'Moore Park.

Arles-Kilcruise's midfielders won the throw-in and drilled it into David Conway who put the first point on the board. Michael Nash responded with a point for Crettyard, but Conway gave Arles-Kilcruise the edge once again with back-to-back points off his right boot, while Crettyard squandered good possession with two poor finishes.

Crettyard Gaels hit form with eleven minutes on the clock with points from Patrick Brennan and Cormac Murphy. Crettyard utilised the crossfield ball to good effect with players running off the shoulder for both scores. Evan O'Carroll gave Crettyard the lead with eighteen minutes played when he converted a free from a tight angle.

Cristóir Maher split the Kilcruise defence two minutes later but settled for a point, although a goal was on. Francis Egan put the sides level with a free but it was Crettyard who were creating all of the chances. Cristoir Maher intercepted an Arles-Kilcruise attack, popped the ball to Cormac Murphy, and he split the posts and punched the air as his side took the lead once more.

Michael Nash then sent over a cracker from forty yards to cheers from the Crettyard support. It seemed as though everything was going Crettyard's way when Ross Munnelly dropped in a dangerous ball into the square and David Conway went down to pick it up but was blown for not putting his toe under it. Munnelly put over a point to leave the half time score 0-7 to 0-5 in Crettyard Gaels' favour.

It was an entertaining game and David Conway curled the ball over from forty yards to bring the sides level once more with 44 minutes on the clock. This was a crucial moment in the game as it could have gone either way, but it was Crettyard who stepped up.

Patrick Brennan split the Arles defence and pointed before Michael Nash popped one over to put two between them once again. When Willie Fitzpatrick's ballooned effort somehow went over it seemed as though victory could only go to the Crettyard men.

Ross Munnelly split the posts and a minute later Patrick O'Reilly intercepted an Arles attack, carried it down the centre and popped it to Cristoir Maher who was running off his shoulder, and he sent it over the bar. Kevin Meaney responded with a point but Cormac Murphy cancelled this out with a point of his own.

Substitute Philip Brennan then sealed the deal for Crettyard when he caught a ball from Murphy on the edge of the square and drilled it into the top corner at a difficult angle with 58 minutes played.

Munnelly and Murphy exchanged points before the final whistle sounded to deafening roars from Crettyard players and supporters alike; their joy reminding us of why we all play GAA.