Emo's nightmare season completed as they drop to IFC 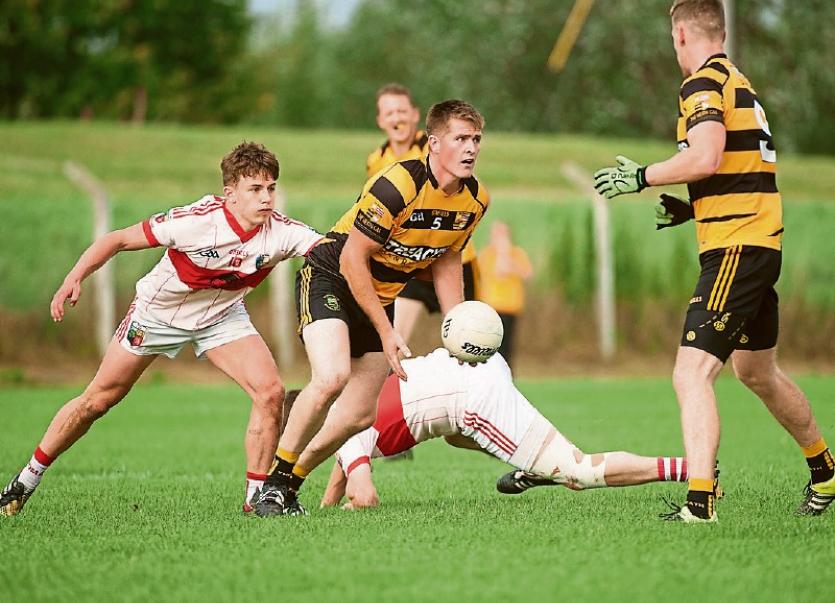 Just 12 months after almost causing one of the biggest shocks in Laois SFC history, Emo were relegated to the intermediate ranks on Saturday after a one-point loss to The Heath.

The odds on both these sides contesting the relegation playoff at the start of the competition were slim to say the least, but The Heath managed to arrest their slide just in time.

With Eoin Delaney pulling the strings at centre forward and Daithi Carroll hitting four points from play at full-forward, including the winner, they did enough to get over the line.

For Emo, they sprung some surprises with their team selection, as Paul Lawlor started at centre-back and Darren Strong at full-forward, but they didn't have the desired effect. Both their goals came from mistakes by The Heath, and on the balance of play, The Heath just about deserved the win.

Daithi Carroll put them ahead in the fourth minute, before Eoin Delaney played a one-two with Carroll and pointed himself. The two would be thorns in Emo's side throughout, with Delaney drifting around the middle third picking up the ball and feeding it forward at every opportunity.

He added a free moments later before Darren Strong got Emo up and running, but Colin Nestor and Padraig Whelan hit the target to give The Heath a 0-5 to 0-1 lead after 12 minutes.

Everything was looking good for The Heath at this point, until Gary Roe Smith's pass was intercepted by Paul Lawlor, and he ran clear to set up Nigel Murphy for a goal. Eoin Delaney replied for The Heath with a free, but two points from Darren Strong levelled the scores coming up to half time.

The Heath finished the half that bit stronger though, andBrian Ging and Evin Keane (free) put them 0-8 to 1-3 up at the break.

Daithi Carroll and Mick Lawlor traded scores on the restart, before Eoin Delaney slotted over a free and then picked out Daithi Carroll, with the full-forward applying the finish.

Paul Lawlor and Finbar Crowley pointed to get Emo within two, before three pointed frees from Evin Keane drew one reply from Emo, via Darren Strong, to open up a four point gap again.

The Heath looked to be doing enough, but then contrived to throw away the lead. Strong hit a free before winning a kick out and driving forward, with the move ending when Nigel Murphy slotted in his second goal to level the scores.

The game was there for the take, and The Heath got the winner with four minutes left, as Delaney carried the ball forward before offloading to Carroll, and he slotted over the crucial score.