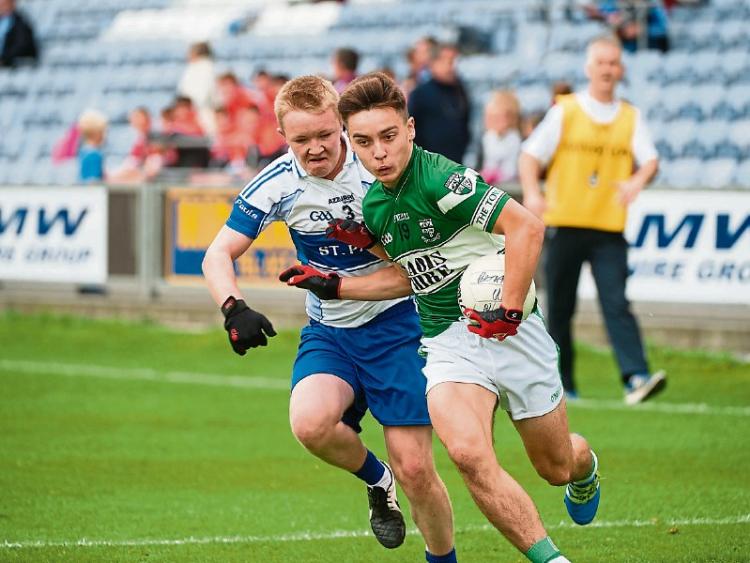 What a year it has been for St Paul's-The Rock at underage level, as on Saturday they added the U-16 'A' title to the MFC 'A' crown they won just a few weeks ago.

Portlaoise got off to a quick start with an early point from Cathal Duggan, from close range. The sides ebbed and flowed for a while after that, with St Paul's-The Rock not finding their men with long balls in, and Portlaoise’s defence holding firm.

Cathal Duggan added another point to give his side a two point lead with fifteen minutes gone. St Paul's-The Rock went close to goal when midfielder Niall Dunne saw his shot rocket off the crossbar. Points from Gary Saunders and Duggan (free) put Portlaoise three to the good, with St Paul's-The Rock only managing a single score in the first half.

St Paul's-The Rock came to life in the second half, when they quickly levelled the game, with scores coming at the hands of Matthew Byron, Niall Dunne and Ned Ryan. Portlaoise regained their lead with a point from a free by Cathal Duggan, but St Paul's-The Rock really took the game by the scruff of the neck after that.

Conor Montague came from wing back to start the scoring, before scores from Matthew Byron (free), Cian Doyle (free) and a superb individual point from Jack Owens turned the game on its head, and St Paul's-The Rock were up by three. Sean O Flynn went on a surging run into Portlaoise’s defence and got his reward with a goal.

Portlaoise were struggling to keep pace with St Pauls The Rock at this stage, and further points from Cian Doyle and two by Jack Owens gave them a comfortable victory.