Hurling Laois U-12 'A' Hurling Final 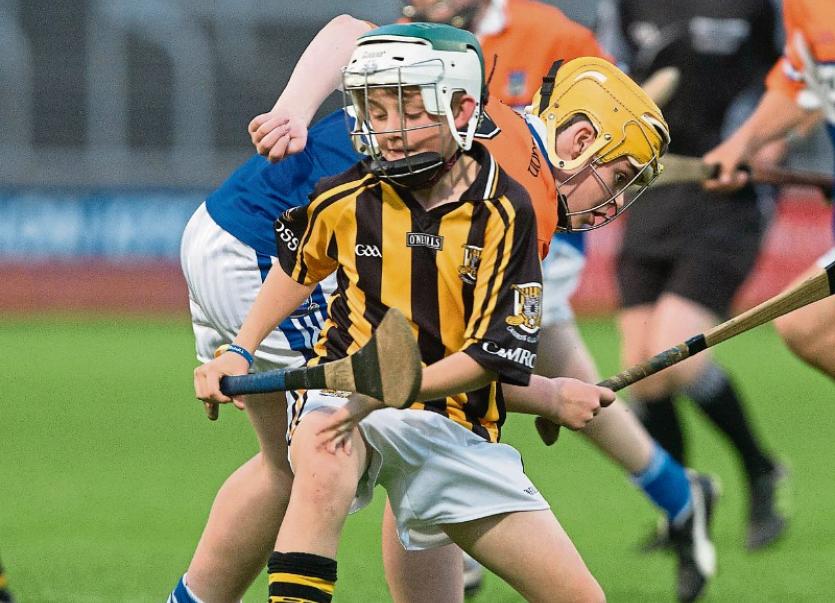 In what was a highly competitive Laois U-12 hurling Division 1 championship final, Castletown-Slieve Bloom came out on top by the minimum to claim the trophy.

The game began with a Kelvin Burke point from play, which was returned with the first goal of the game, going to Camross. Their was a goalmouth scramble, and Kevin Byrne was the man to pounce and finish into the back of the net. Castletown-Slieve Bloom levelled, with points coming from Ciaran McKelvey and Kelvin Burke (free).

Camross fired back with a string of points and a goal. A sublime point from Kevin Byrne was followed with points from James Cuddy and Ben Deegan (free), followed by Kevin Byrne coming up with his second goal. However, this was cancelled out by Castletown-Slieve Bloom, with Joe Dowling popping up with a goal before the whistle.

The second half began with Castletown-Slieve Bloom down by three, but they would soon pull that gap back and gain the lead. Four points in succession for them, those scores coming through two Kelvin Burke points (one free), Sean Óg Byrne (free), and Conor Doran.

However, Camross again hit right back with their third goal of the game, Kevin Byrne producing a fine display of hurling and coming up with his hat-rick for the day. Castletown were now down by three, back to where they were at half-time. They needed to act quickly, and luckily for them Kelvin Burke got them a crucial goal.

The midfielder unleashed a powerful shot from a long range distance, and somehow it found its way past Camross goalkeeper Shane Higgins. A point from Charlie Donnery levelled the game for Camross, but Burke pointed a free in the last minute to win it for his side.