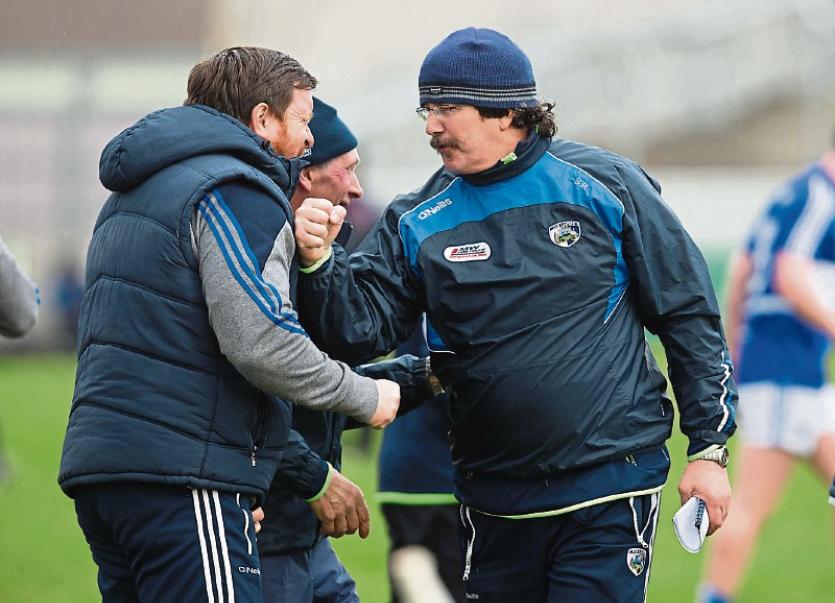 The storm clouds which gathered over Laois on Saturday could hardly have been better timed.

The miserable weather matched the mood of hurling supporters around the county, after news emerged that Cheddar Plunkett had opted to resign as manager of the Laois senior hurling team.

For anyone who has ever met the Portlaoise man, it would have been obvious from the outset that this was highly unlikely to have been a rash decision. He certainly wouldn't have wanted to walk away after he had already started planning for the upcoming season.

After a raft of retirements at the start of this year, Plunkett had begun the long process of building another team, drafting in a whole host of young players, and there were more earmarked to get the call this winter.

Walking away from the challenge must have been the last thing on his mind, but having been reportedly informed that Laois GAA would not be backing his plans for the new season, he decided to call time on his spell as manager.

The reasons for Laois not backing his plans have not been released, but no doubt, with the construction costs of the Centre of Excellence proving a major financial burden, it can't be easy to finance the sort of high-end back room setup that all aspirational intercounty teams want. It's understandable, but it won't hold much muster with hurling fans around the county. Surely a compromise was possible, rather than a parting of the ways?

Laois hurling fans won't have been impressed by the reaction of Laois GAA to the news either, which has been shambolic. There was a one-line statement released on social media on Saturday which read "Laois GAA regret to announce that Seamus Chedder (sic) Plunkett has stepped down as Laois Senior Hurling Manager."

That single sentence, and a follow up line about starting the search for a new manager, was as much as Laois GAA were prepared to dedicate to a man who had poured his heart and soul into hauling Laois hurling out of the doldrums. Not even one word of thanks for everything he did. No statement on the website, which was at least afforded to Mick Lillis when he stepped down. It simply isn't good enough.

Plunkett deserved to leave to the sound of ringing endorsements and high praise, not deafening silence.

What happens from here on, however, is equally important. When Sean Dempsey saw his tenure as Laois senior football manager end in such acrimony, as a county we lost sight of the huge amount of good he did for underage football in Laois. Instead of trying to get him back involved with our development squads, he was allowed to walk away and stay going, and he has been lost to the county ever since.

We have to maximise everything we have at our disposal in Laois, and losing one of the best coaches of underage footballers we ever had was a serious mistake, one we are still trying to fully recover from.

The same cannot be allowed to happen with Cheddar. He has too much passion, too much knowledge, and is too important to allow anything similar to happen. While he may need some time after his resignation to get over the disappointment of it all, Laois GAA will have to get him involved at some level as soon as possible.

Cheddar's time as senior manager may have come to an end, but he still has a big role to play in Laois' future.