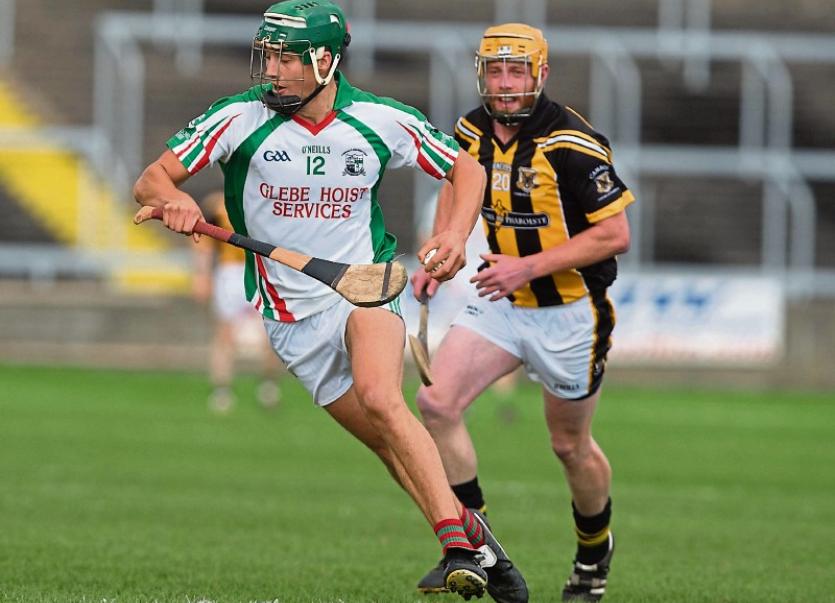 Enda Meagher was the hero for Rathdowney-Errill on Sunday evening, as his injury time point ensured another county final appearance for his side.

It will be Rathdowney-Errill's sixth Laois SHC final appearance in eleven years, and preserves their remarkable record of appearing in the final every second year since 2006.

To be more accurate, their record is that they win the final every second year, but it is still early days for that. They had one hell of battle here to get over the line as well, as they had to overcome Camross and, to an extent, themselves, to seal their place.

Rathdowney-Errill finished with thirteen wides, and were sloppy for long spells, as we were Camross. The fireworks these games have produced in the past was sadly lacking for the most part, except in a thrilling finale.

Camross were on an impressive run themselves, looking to make a fourth SHC final in a row, but it just wasn't to be. A clearly unfit Zane Keenan didn't help, as he had his knee strapped for the game, but they just didn't play well enough on the day, much the same as Rathdowney-Errill. A draw would probably have been the fairest outcome, but neither side could have had too many complaints if they'd lost.

David Poynton had opened the scoring with a brilliant point from the right wing, but a Camross double saw them take the lead after four minutes.

That set the tone for an evenly contest, if disappointing, first half. Both teams were more than happy to shoot, but neither could do with any reliable degree of accuracy, and after eight minutes, we'd seen six wides in total, and only three points. Liam O'Connell's wonderful point lifted the mood, before John Keane and Ross King (free) pointed either side of a Zane Keenan effort. Tadgh Dowling then hit the post with an effort on goal, and Zane Keenan saw another goal chance slip by at the other end. Liam O'Connell pointed again to put Rathdowney two clear, but Camross came back strongly. Keenan (free) and Andrew Collier pointed before a driving run from Collier ended with him setting up Niall Holmes for the game's only goal, his low shot zooming past Noel Brennan.

John Purcell and Ross King points sandwiched a Darrel Dooley effort, and at half time, two separated the teams, 1-7 to 0-8.

The second half started with a free from Zane Keenan, but the Rathdowney-Errill response was impressive, as Ross King (2) and John Purcell hit the target to get them back on level terms.

Much like the first half, the second was very close, but still lacking the quality you would hope to see from these sides, as the importance of the occasions seemed to be weighing on them.

Three points in a row from Camross seemed to give them the upper hand heading into the final quarter, as the goal continued to be the difference. Whichever side could kick themselves into life would go on to win it, and it was Rathdowney-Errill who did just that.

Ross King pointed twice and set up one for David Poynton to help them draw level, before Eric Killeen put them ahead with two minutes left.

Camross were always going to get a chance to draw level, and it fell to the perfect man when they won a free 65 yards out. Zane Keenan stood over it, and he left no doubt with a sweetly struck effort.

Time was a scarce commodity now, and the latter stages belonged to the elder statesman, as Rathdowney-Errill sub Enda Meagher finished off a move with a point from 30 yards out in the 63rd minute, and that was enough to wrap up the win.