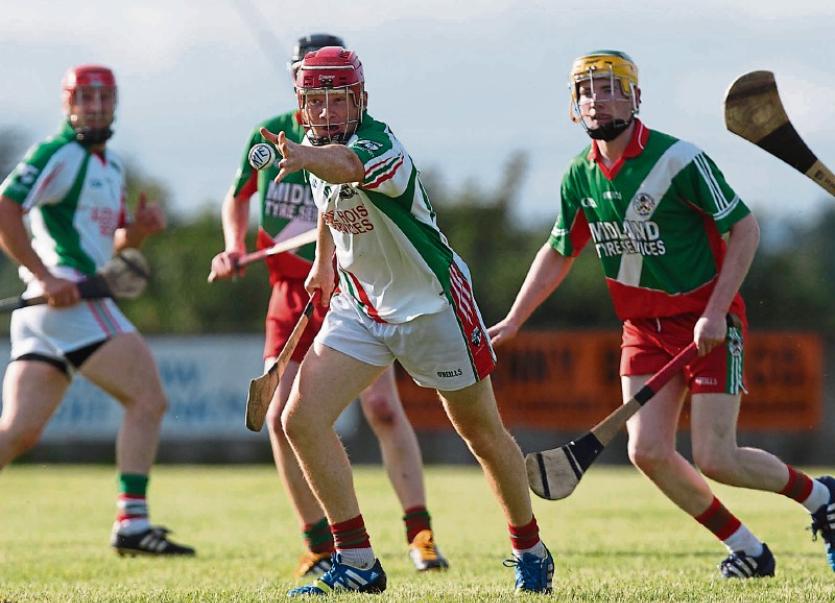 The final instalment of a fascinating Laois Senior Hurling Championship season will play out this weekend, as Rathdowney-Errill meet Borris-Kilcotton in Sunday's final.

The Laois SHC has rarely failed to disappoint in recent years, and 2016 has proven no different. As seems to be the case nowadays, the reigning champions were dispatched quite early, and then we had both semi-finals going to a replay. Throw in Borris-Kilcotton and Ballinakill Gaels meeting each other four times, and it has been a championship to remember.

For one side, however, the memories will be fonder. Sunday will see Borris-Kilcotton attempt to win their first ever title, while Rathdowney-Errill will try to win their sixth in eleven years. It is a battle between the haves and have-nots, and on the face of things, Rathdowney-Errill are the hottest of favourites.

They come into the game with little in the way of injury worries, aside from Mark Kavanagh, who has missed the entire championship with a cruciate ligament tear. Shane Dollard has returned to training after missing both games against Camross, and they have that much sought after blend of experience, youth and talent.

Borris-Kilcotton have a similar blend, but they do not have the benefit of an injury free run up to the game. Star forward PJ Scully looks set to miss the game, having torn his quad muscle in the semi-final win over Ballinakill Gaels. With Stephen Phelan recently undergoing surgery for a broken hand, it robs them of two of their best forwards.

They were always going to face an uphill task anyway against Rathdowney-Errill, who seem to have perfected the art of winning the championship every second year.

They are on track to repeat that feat this year, but that is not all that is impressive about them. They appear to have found the balance between introducing a wave of young players without upsetting their team, and without affecting their ability to win games.

This year has seen the likes of Jake Creagh, Eric Killeen, David Poynton and Jack Kelly all establish their credentials as starting players, and it has freshened up the team. When you add in wily veterans like Brian Campion, Joe Fitzpatrick and John Purcell, as well as players in their prime like Ross King, Paddy Purcell and Jimmy Corrigan, then there is a lot to admire about this Rathdowney-Errill team.

In truth they were always likely to come into this game as favourites, given their record, but Scully's absence tips the scales in their favour even more.

They are not without fault, however, and there are weaknesses there for Borris-Kilcotton to exploit. They have shown a tendency to, mentally, drift out of games, and they were lucky not to be caught by Clough-Ballacolla in the quarter-final. The first day out against Camross in Round 1, they let the game slip from a winning position late on, while they also allowed Camross back into a game they should have had wrapped up in the drawn semi-final.

If it happened once you could write it off, but it has happened in three of their five games, so it is a problem that will have to be rooted out of this team.

Added to that is there defence, which has conceded nine goals in five games, not a record befitting of a team that are, as things stand, champions-elect.

In their favour though is a well-balanced team that has, on occasion, played superb hurling. The first half of their drawn semi-final against Camross, when they played into a gale and still managed to lead at half time by a point, was probably the best 30 minutes of hurling any team have played in the championship this year. If they can repeat it for the full 60 on Sunday, then the game won't even be a contest.

Rathdowney-Errill's route to the final has also been a tough one, and that will stand them in good stead. They have played Camross three times, and beaten Abbeyleix as well as reigning champions Clough-Ballacolla, so they have been put to the pin of their collar in every games.

On the other side, Borris-Kilcotton have found things equally as difficult. The four games against Ballinakill Gaels will have been a big test mentally. To keep meeting the same side isn't easy, especially when the games were real closely fought encounters.

Borris-Kilcotton have been plugging away in recent years trying to get that elusive first SHC title, and after the experience of losing in 2013, they are that bit better equipped this year.

While Scully's loss is massive, Daire Quinlan or Aaron Dunphy can deputise on free-taking, while it leaves the stage free for someone else to be the talisman. Neil Foyle seems the obvious candidate, but a year being moved around a variety of positions for club and county hasn't helped him. Foyle is still a player spoken about in terms of potential, and it is up to him to show exactly how good he is capable of being. With his size and skill he could write himself into Borris-Kilcotton history this Sunday if he hits form, but he has yet to do it this year.

Joe Campion's return from America was a welcome boost, and he has been impressive so far, scoring 2-9 in four games, all from play. Another big game is needed from him.

At the back, they have been very impressive, especially considering they do not have a recognised full-back. Stephen Finan has been drafted in to fill the position, but he is more at home on the wings, and it remains to be seen who they detail to pick up Ross King. Brian Stapleton has reportedly been nursing a hamstring injury in training, so an hour trying to keep tabs on Ross King could be a difficult proposition.

To that end, Finan seems the most likely to be given the man-marking job, and he will have his work cut out for him. King has been slowly working himself back into form this year, and he has proven over the years that he enjoys playing in finals. He is big-game player, and it will take a big performance to keep him on the periphery of things.

Borris-Kilcotton, like Rathdowney-Errill, have shown an inability to kill off games, and the saga with Ballinakill Gaels showed that. If they get themselves ahead of Rathdowney-Errill they will have to make the most of it, and if they kill them off if and when they get the chance, they will almost certainly regret it.

While Rathdowney-Errill enter the game as favourites, games between the teams have been closely run affairs in recent years. Last year, they drew in the championship before Borris-Kilcotton won the replay by a point. This year, there was just one point between the teams in the league semi-final. The caveat for those games, however, is that PJ Scully was playing in them for Borris-Kilcotton, and he contributed the bulk of their scores.

With Scully gone, and Phelan a huge doubt, it really is hard to look beyond Rathdowney-Errill. They are used to winning big games like this, they are coming into form at the right time and they are picking from a more or less full deck.

In many respects it would be great to see Borris-Kilcotton get the win. It would be their first since amalgamating, it puts a new name on the Bob O'Keeffe Cup and it just heightens the level of competition in an already very competitive championship.

As things stand, however, there are too many things falling in Rathdowney-Errill's favour to look beyond them as eventual winners. Games between these teams have been close in recent years, but Rathdowney-Errill should have the firepower to notch up another SHC title.