Portlaoise see off Arles-Killeen once more 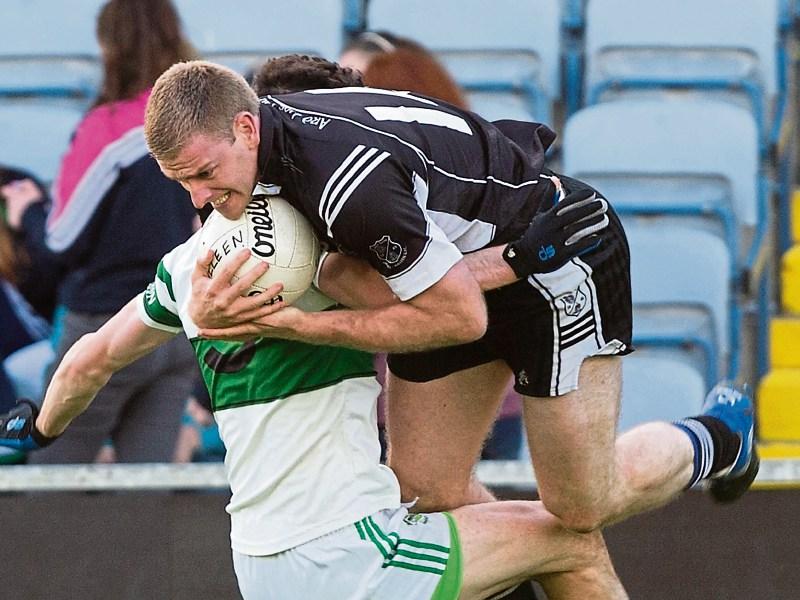 Portlaoise's quest for a tenth Laois SFC title in a row remains on track, after they beat Arles-Killeen in Sunday's semi-final.

Few teams have suffered at the hands of Portlaoise's dominance quite like Arles-Killeen, and this was their second defeat to the reigning champions this year. They were also beaten in last year's semi-final by Portlaoise, as well as final defeats in 2013 and 2014, as they have repeatedly found the county champions too tough a nut to crack.

They had started as well in this game as they have done in any of those previous game, but Brian Kennedy's ridiculous red-card just before half time, when the teams were level at 0-5 each, pretty much ended any hope they had of getting something from the game.

A man down for the second half, Portlaoise came out and scored 1-2 on the restart, and despite Sean O'Shea's brilliant goal late in the game, Portlaoise never really looked in danger of losing.

Jason Enright had given Arles-Killeen an early lead with a free in the first minute, but Bruno McCormack drew Portlaoise level soon after. Arles-Killeen were sitting deep and trying to hit on the break, and it was a tactic which was working well, with Paul Kingston putting them back in front with a brilliant point from the left wing.

Gareth Dillon responded for Portlaoise, and that was the format for much of the half, with one side edging ahead and the other reeling them in.

Donie Kingston put Arles back in front with a point from the right wing, and Paul Cahillane got Portlaoise back level when he raced through and blazed over from close range.

Paul Kingston and Cahillane (free) traded scores to leave it 0-4 each after 13 minutes, but the scores slowed down after that. Brian McCormack pushed Portlaoise back in front and it was left to Donie Kingston to draw his side level nine minutes later, before the game firmly swung in Portlaoise's favour.

Brian Kennedy got involved in a needless off-the-ball incident with Kieran Lillis, resulting in a straight red card, and a Paul Cahillane free had Portlaoise in front at the break, 0-6 to 0-5.

As the teams made their way off the field at half time there appeared to be an incident in the tunnel, and when played resumed Portlaoise flew out of the traps. Cahillane (45) and Adrian Kelly pointed early on before a loose pass in defence from Arles allowed Brian McCormack to race clear and set up Brian Smyth for a goal.

Arles-Killeen threw themselves a late lifeline when Sean O'Shea fired in a brilliant goal from 20 yards out, but it was too little, too late at that stage, as two late points from Bruno McCormack helped Portlaoise to the win.