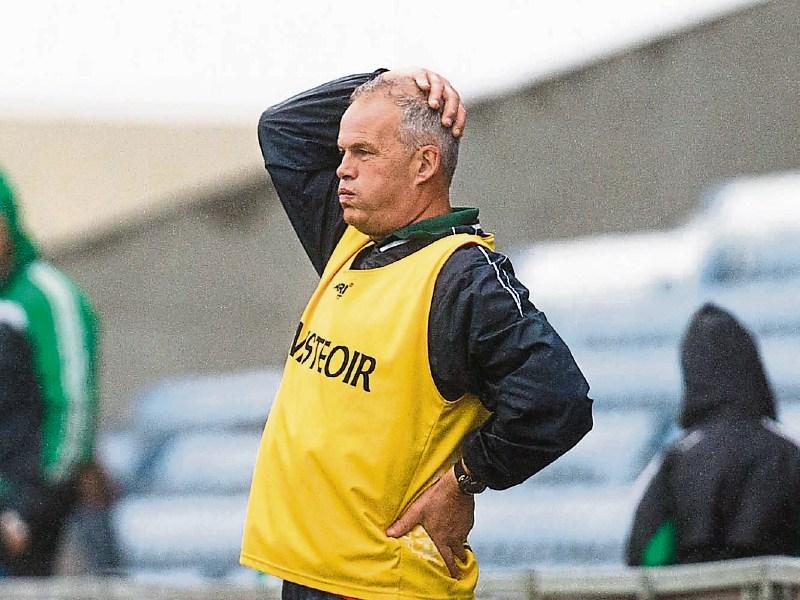 It should be no real surprise to anyone that Borris-Kilcotton have advanced to a Laois SHC final under Ken Hogan's guidance.

The Tipperary man has enjoyed success wherever he has gone, from winning an All-Ireland U-21 title with Tipperary in 2010, to a Leinster Club SHC title with Coolderry in 2011, it is an impressive CV that he can boast.

Now, this Sunday, he bid to add a Laois SHC title to that list, but he is well aware of how difficult a task awaits against an experienced Rathdowney-Errill side.

As he looks ahead to the game, while he admits to being happy with how his defence has performed so far, he knows this Sunday will be their toughest assignment yet. “We're playing consistently at the back, but it is a bigger challenge awaiting us against Rathdowney-Errill.

“They have some real pedigree forwards, the likes of John Purcell, Ross King, Paddy Purcell as well when he's coming flying forward, Enda Meagher, Tadgh Dowling. Ballinakill probably didn't have enough potent forwards to put us away (in the semi-final), but we'll be under more pressure from the Rathdowney-Errill forwards. They are well-drilled and have won championships before.”

That last point, of having won championships before, is probably the greatest difference between the teams. Borris-Kilcotton can't call on that same experience, but Hogan is hopeful that, having contested the 2013 decider with Camross, his players are more up to speed with what it takes on county final day. “Hopefully that will stand to them.

“We all suffer losses, it is a learning curve, and from that point of view, 2013 should stand to us.”

If Borris-Kilcotton are in search of inspiration, then they need only look to their recent record against Rathdowney-Errill. In their last three meetings of note, twice in last year's championship and in this year's league semi-final, the results see one draw, and both clubs claiming a one-point win. “They both respect each other” admits Hogan, as he reflects on the close nature of those encounters.

“There is club rivalry there and it is a local derby, it's neighbour against neighbour, lads that went to school together playing against each other, and there is a lot of mutual respect between the teams.”

As he tries to plot the donwfall of the favourites, Hogan must do so without his marquee forward, PJ Scully, of whom he says there “no hope of him playing” after he tore his quad muscle in the semi-final. With Stephen Phelan recently undergoing surgery on a broken hand, and Brian Stapleton trying to shake off a hamstring complaint, it is far from ideal preparation for the Lorrha club man.

Hogan also professes his admiration for the club scene in Laois, from getting to play all championship games in O'Moore Park to the competitive nature of the league, which he credits with the development of players like Danny and Eoin Fitzpatrick.

It is a huge task awaiting his side this Sunday, but with a track record as impressive as his, there's every chance he can add another accolade to that impressive CV of his.