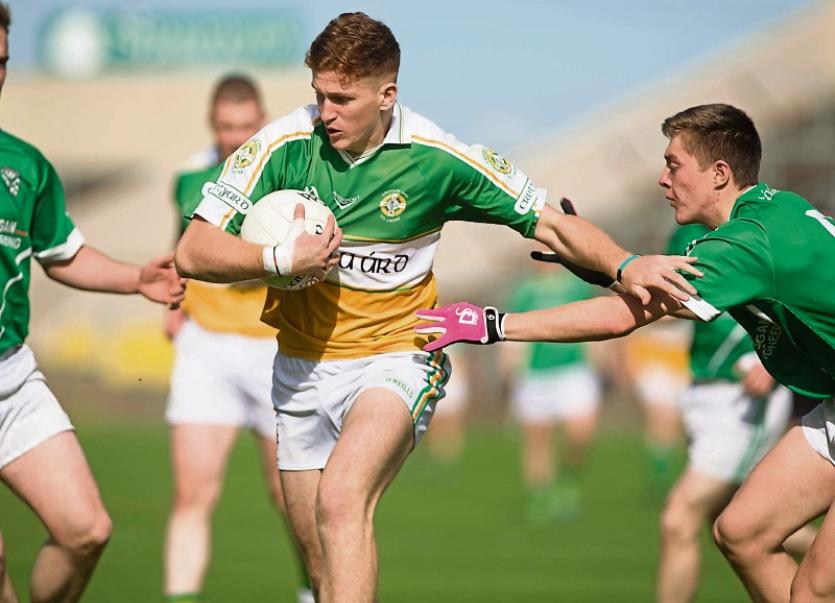 Stradbally are through to their first Laois SFC final since 2007, after a strong second half display saw off Crettyard Gaels on Sunday afternoon.

With the teams level at 0-6 each at half time, Stradbally moved through the gears in the second half. Tom Shiel's goal more or less killed the game as a contest, and the closing stages were unfortunately overshadowed by an injury suffered by James Brennan, who was stretchered off the field.

It is a remarkable turnaround for Stradbally, who seemed destined for relegation in recent years, but they have righted the ship in 2016 and will now go in search of a 16th title.

For Crettyard Gaels, their success in reaching the semi-final this year might spur more teams into considering joining forces. They ran out of steam in the end here, but it is certainly worth another outing for both themselves and Spink.

Crettyard Gaels had gotten off to the better start, and having opted to reintroduce a couple of the Spink players, they were given immediate reward when Cha Dwyer kicked the opening score after just 20 seconds.

Evan O'Carroll was operating at full-forward, although with his right leg heavily bandaged, he clearly wasn't fit. To his credit, he battled through the pain, and kicked Crettyard's second point from way out on the left wing in the fifth minute.

Stradbally, in spite of having wind advantage, took a while to settle, and their shooting left a lot to be desired in the first half. Colm Begley finally opened their account in the sixth minute, and it was Begley who pointed again four minutes later to draw them level at 0-2 each.

O'Carroll managed to kicked his second point of the half after that, although it was the linesman who gave it, after the umpire initially signalled it had gone wide. Gary Comerford drew Stradbally level with a free, but Crettyard Gaels hit back strongly.

Cormac Murphy pointed a free after a foul on Evan O'Carroll, and Paudge Lalor then offloaded to Cha Dwyer, who split the posts with a fine score from the right wing.

Comerford again replied for Stradbally, only for O'Carroll to kick his third score of the half, but Stradbally would draw themselves level by the interval. They had Comerford to thank, as he kicked on wonderful point from play off his right foot, before another free left it 0-6 each as they headed for the dressing rooms.

With Stradbally now playing into the wind, and having kicked nine wides in the first half, they looked to have their work cut out for them, but they took the game to Crettyard from the off. Colm Kelly (free) and Eoin Buggie pointed early, and they pinned Crettyard Gaels into their own half.

Padraig Fitzpatrick then had a goal chance saved, with Greg Ramsbottom blazing the rebound over the bar for another point.

A feisty edge developed to the game as the half developed, and on a number of occasions things looked like they might just bubble over. Stradbally kept chipping away with scores though, whereas Crettyard Gaels looked to be panicking, as they repeatedly struggled to relieve the pressure on their back line.

With Evan O'Carroll's injury eventually seeing him forced off the field, things were looking bleak. Jody Dillon and Gary Comerford (free) added points for Stradbally before Crettyard Gaels finally got a point in the second half when Cristoir Maher scored in the 48th minute.

If they were hoping that would kick them into gear, Stradbally soon dispelled that with a goal. Conor Delaney picked out the in-rushing Tom Shiel, and he palmed the ball to his left and beyonf Jeff Phelan for a crucial score.

After that, there was only going to be one winner, and the only issue of note before the final whistle was the serious looking injury suffered by Crettyard's James Brennan, which required him to be stretchered off.