O'Dempsey's the comeback kids as they stun Timahoe late on 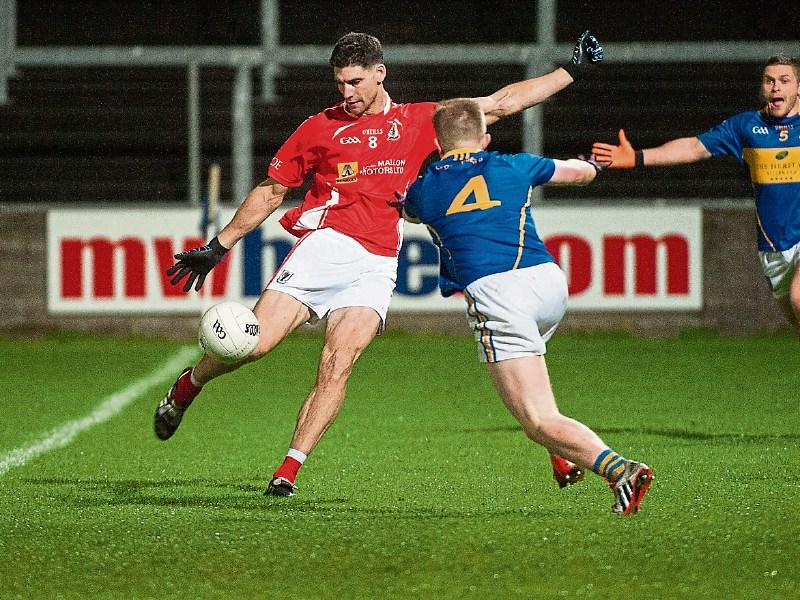 O'Dempsey's left it late to claim victory in the IFC final in front of a packed O'Moore Park on Friday evening.

Timahoe put the first score on the board with a point from Brendan Quigley in the opening minute. O'Dempsey's hit back with a point by Brian Nugent while Conor Meredith raised another white flag despite being under pressure by Timahoe’s Damien O'Connor.

Micheal Finlay added another for O'Dempsey's to leave his side 0-3 to 0-1 ahead with six minutes played. Timahoe found their feet after that and Ruairi O’ Connor dummied his player to slot the ball over the bar. O'Connor found himself at the edge of the square a minute after, turned his player and drilled the ball towards goal but, to the relief of O'Dempsey's supporters, it just skimmed over the crossbar to bring the sides level.

Sean Ramsbottom caught a super ball on the wing and slipped it into O'Connor who gave his side the lead for the first time in the game with a close range point. It was all square again however when a good pass by Robbie Kehoe found Conor Meredith, who split the posts from thirty yards out.

Timahoe then intercepted an O'Dempsey's attack and Ruairi O'Connor put the ball over the bar as they started to get the upper hand. Captain Joseph O'Connor pointed a minute later and points each from Damien O'Connor and Robert Foyle gave Timahoe a double score lead of 0-8 to 0-4 with 23 minutes on the clock.

Stephen O'Leary added a point for O'Dempsey's and they had two goal chances almost immediately after. Micheal Finlay was blocked by James Whelehan while Johnny Kelly saw his goal effort cross the goal mouth and trickle wide. O'Leary converted a free on the cusp of half time to leave his side trailing 0-8 to 0-6 at the break.

Stephen O'Leary narrowed the gap to the minimum with a converted free at the beginning of the half. The next fifteen minutes was all about Timahoe however. Sean Ramsbottom intercepted an O'Dempsey's attack, carried the ball and put it between the posts for a fine individual score.

Ramsbottom was on hand once again when he won an O'Dempsey's kick out and put the ball into Ruairi O'Connor in the corner. O'Connor popped it out to Martin Bergin who split the defence, ran through towards goal and popped the ball to Damien O’ Connor who finished it spectacularly into the back of the net.

Ramsbottom added a point and Ruairi O'Connor chipped in with another, as Timahoe lead 1-12 to 0-7 with 47 minutes played. Stephen O'Leary converted a free for a foul on Conor Meredith, before a foul on Matthew Finlay resulted in a penalty for O'Dempsey's. Conor Meredith stepped up and put the ball straight down the middle, with Culliton diving to his left.

This put 0-3 between the sides with five minutes of ordinary time remaining. This goal rattled Timahoe while O’ Dempsey's were given a new lease of life. They incredibly reduced the gap to one with points from Matthew Finlay and Nugent just as the clock entered the first of six minutes injury time.

Nugent sent over a free to level it while Micheal Finlay got on the end of a Johnny Kelly pass to give O'Dempsey's the lead for the first time since the sixth minute. Timahoe had chances as the minutes ticked by but they couldn’t convert and O'Dempsey's ran out winners to jubilant scenes from their supporters.