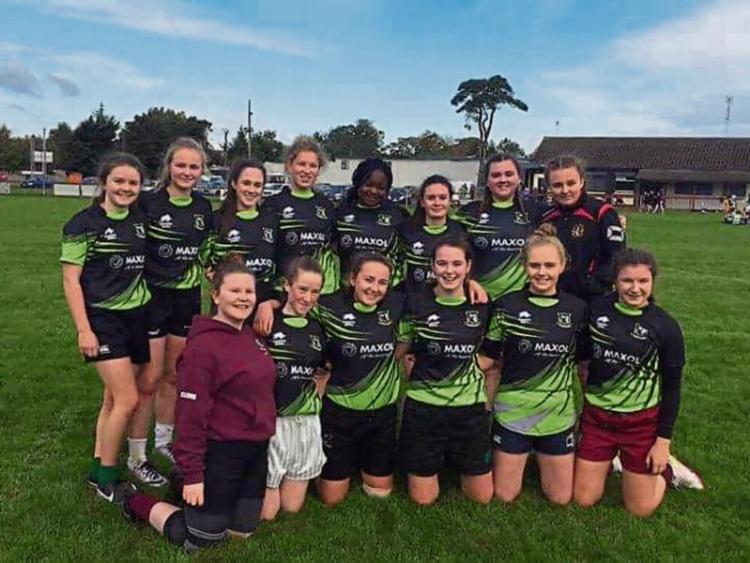 Portarlington first team had a very disappointing day, and depsite only being eight points down at half time against the breeze, never managed to turn things around in the second half.

Carlow created more in their back line and took their chances well. A set back for Portarlington but one that coaches Ross Doyle and Cathal Bannon will be able to correct. On the day Portarlington had strong performances from Robbie Piggott and Dennis Boland.

No games this weekend but two vital home games in a row follow in Lea v Cill Dara and Railway Union.

Portarlington seconds lost by one score to a good Carlow side, after coming back from 18 points down, to almost claim victory in the dying seconds of the second half.

Port got off to a slow start playing against the breeze, conceding 18 points, but quickly turned things around in the second half, with some outstanding displays from Eugene Nolan, Pat Cooper, John Tobin and Micheal Lawlor.

Lawlor at full back was especially effective and created Port's try, scored by John Tobin. Consistent pressure in the dying minutes failed to a result in a score and Port had to settle for a losing bonus point

Port U15s girls continued their pre-season matches with another great win in Clondalkin last Saturday. With terrific team play from both backs and forwards. Captained by Rebecca Foley, this young team of girls got down to business from the kick off with Grainne Cotter running in to score the first try.

With lots of pressure from Port it wasnt long until team mate Caoimhe O' Connor was across the line for another try for Port. Clondalkin never gave in right to the final whistle, trying everything to break the spirit of this Port team. Port never gave in. Coming away in the end with a two try victory.

PortDara found themselves play a strong, experienced Naas side last Saturday in Clondalkin. This PortDara team of girls mixed evenly Port and Cilldara continued to have a great start to the season with another great win. The teams were evenly matched up to half time. Captained by Nicole Kirwan Portdara piled on the pressure and just before half time Caoimhe Maher burst through to score the first try. The second half really tested the girls as Naas came back at them but PortDara were able to hold them off. PortDara pushed forward and nothing could stop their no 10 Niamh O Neill running in with the second try.

PortDara continued to dominate the second half and it wasnt long before Grace Dooley was over the line for their third and final try. This was a real team effort with great kicking, forwards and backs working really well together to come away with a three try victory.