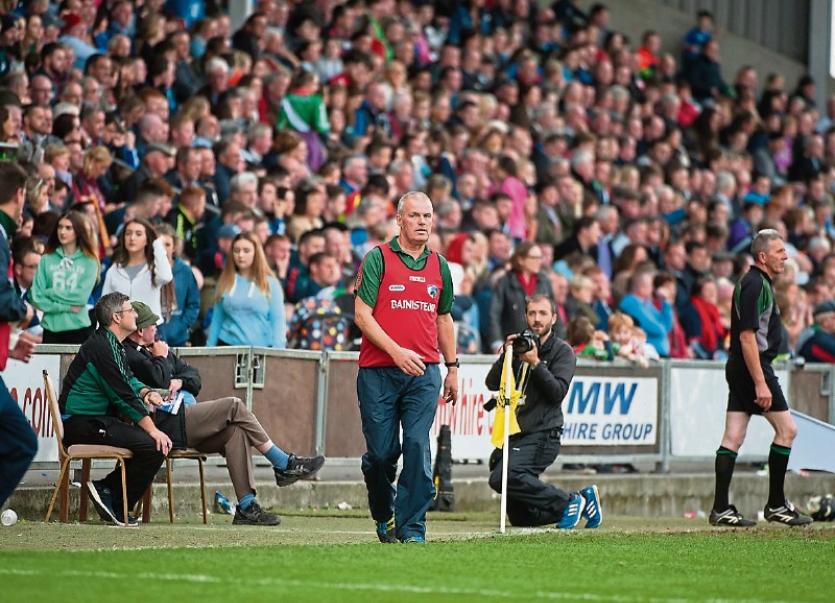 When Borris-Kilcotton manager Ken Hogan had finally time to draw breath after Sunday's frantic Laois SHC final, the Tipp man said he was just relieved to have another shot at glory.

Hogan could be seen pointing to his watch as he spoke to referee John Lalor after the final whistle, but he refused to be downcast despite letting a late lead slip. “What a game, what a game, obviously we’re disappointed but I’ve seen matches in all grades and in all sports where a ball goes into the back of the net, we think of Mayo last week and what happened to them, but from our point of view, we’re only a young team learning the trade.

“We just came out of the blocks and gave our very best, fair dues to both teams, Rathdowney-Errill were fantastic too and no team probably deserved to lose.

“We were upset about the time delay and a lot of steps taken but that’s all part of the game as well, we move on to next weekend and from everyone’s point a draw was a fair result, we’re just delighted we came out of the blocks and played well for a young team as hard as we could.”

The nature of the game was the main talking point afterwards, and the Lorrha native was delighted that Laois hurling took centre stage. “A super game of hurling, it’s fantastic for Laois hurling to be in the limelight, play as well as we possibly could, both teams went at it hammer and tongs and there were tremendous scores from both teams.

It’s fantastic from our point of view that we get a second bite at the cherry. As I said before sport is cruel, things can happen in games but thankfully we live to fight another.”

Hogan and his management team sprung a surprise by starting PJ Scully, and he praised the talented forward for getting himself through the game, despite injury. “Yeah well he played it smart, he’s unfit but he’s an important ace for us, he took the frees, he scored a point from play and did his very best.

“He was very curtailed, he’s usually like a greyhound flying around the field but he was very economical in the way he played today, thanks to the forwards around him today who put in a huge effort.”

After losing a two point lead late in the game, the momentum could be with Rathdowney-Errill for the replay, but Hogan is confident his young team will bounce back. “Yeah they expended a lot of energy but they’re only youngsters and they love playing, I said to them in there, ‘these are the days to be playing in, it’s exciting to be playing, give it another go’.

“Rathdowney-Errill will come out strong again, they know what it’s all about but when they’re young and vibrant.”