'In fairness to Rathdowney-Errill, they showed a lot of guts' 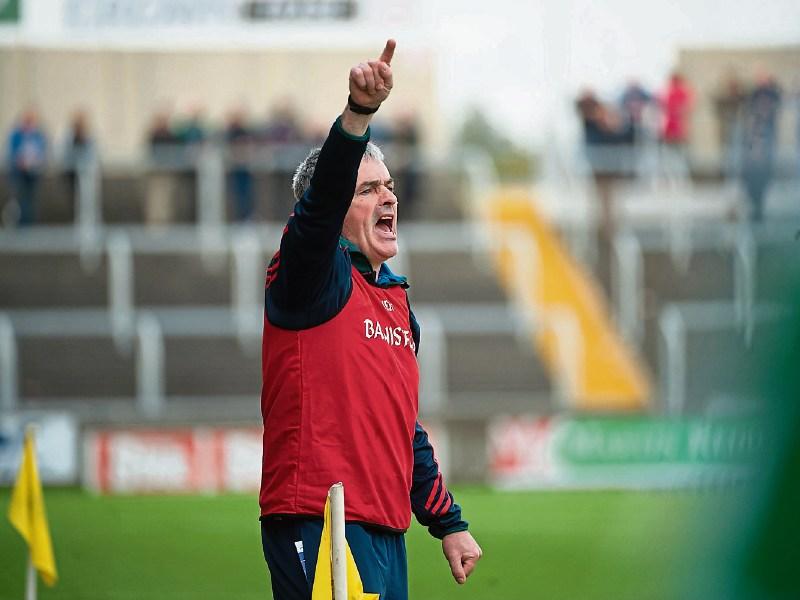 Rathdowney-Errill manager Brian Young hailed the character of his players after they snatched a draw at the deathin Sunday's thrilling SHC final.

The Castlecomer man had the look of someone who was still struggling to come to terms with what he had just seen when he emerged from the dressing room after the game, but he was quick to admit it had been a special game. “What a game is right, I don't think anyone was expecting that, especially the first half, it was just end-to-end, very free flowing with a lot of scores.

“Fair play to both teams for producing that, you were never going to get that much intensity in the second half, but both teams stayed at it, and in fairness to our boys it looked like it was gone, but they showed a lot of guts to come back and get the draw. It's all to play for again.”

The game looked to be drifting out of Rathdowney-Errill's grasp in the second half, as Neil Foyle's goal put Borris-Kilcotton five ahead with fifteen minutes to play. “When that second goal went in, it didn't look good” confessed Young afterwards, “Our lads showed a lot of guts, and they kept their heads in the last couple of minutes to work the scores, they didn't panic.

]”It wasn't just hit and hope, so fair play to them, we're back to square one and we'll all go again next week or the week after. It's the year for draws, and it's not good for the heart!”

While Young's heart was put through the wringer over the course of the game, for neutrals it was a game for the ages. The standout statistic was that there were 56 scores in the game, something which impressed him afterwards. “Yeah, (that's) amazing, you couldn't predict that. Borris-Kilcotton only scored 1-13 against Ballinakill, but in fairness they were up for it.

“It was that sort of a game, you go into a game and you have plans to stop this and stop that, but when a game starts to flow like that, it takes on a mind of its own.

“It was up and down the field, there was great scores, fair play to both teams. I'm sure it was great to watch.”

The game was a test of the Rathdowney-Errill bench as much as anything, as they were forced to bring in players to try to haul themselves back into the game in the second half. It was a player who was on from the start who played a key role late on, however, as Tadgh Dowling came up with some crucial scores. “Yeah, Tadgh Dowling (stood up), when we really needed him.

“Tadgh is capable of doing that, fair play to him, but a lot of lads stood up too, all over the field, I wouldn't like to make anyone stand out, it is a team game and a squad game. They all put their shoulder to the wheel and look, we're still standing.”

The challenge now is to get the players back down to earth after a game that was out of this world, and that will be the challenge in the coming days, as Young and his management team prepare for the replay. “We'll just have to relax, it's strange after a final because you're expecting to be either celebrating or drowning your sorrows, and then next thing it is a draw and you have to regroup again. We'll have recovery tomorrow and then we'll just get back together during the week.”