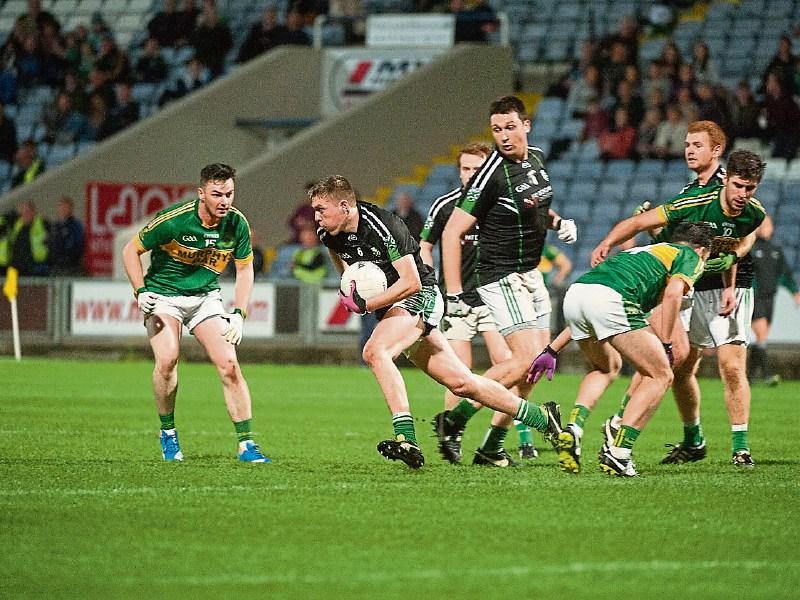 It's fair to say that Martin Murphy has a pretty decent record as Stradbally manager.

Back in charge of the club's senior football team for the second time, he has once again brought them to a Laois SFC final, as he tries to emulate his success of 2005.

On that occasion, he masterminded not just one win over Portlaoise, but two, as they twice defeated the then reigning Leinster club champions en route to a 15th Laois SFC title.

His achievement in getting them to a final this year is all the more remarkable when you look at their results in recent years. They were in the relegation playoffs in 2014 and 2015, and the club knew something had to change. Murphy was the man they wanted to halt the slide, but they had to be patient. “There were a number of approaches over the last three or four years from the club, to see if I would consider going back for a second stint” reveals Murphy.

“In 2011, I was over Tinryland and we got to a county final, and I agreed to come back for another year with them. Then I had the chance to manage my own club, Gracefield, for a couple of years, so I decided to stay local.”

He was never off the Stradbally radar, however, and when chairman John Delaney rang him after Gracefield's exit from last year's championship, circumstances finally contrived to allow his return. Delaney had been a selector with Murphy in 2005, and the Offaly man was keen to return and help out.

It was a tough task awaiting him, as he had to try to energise a team that seemed on a collision course with the IFC. “The first thing I noticed was that there was probably a lack of self-belief and confidence in the players” said Murphy. “Stradbally are traditionally a strong football club and they have always had quality footballers, so it was a mystery to me why there were playing so poorly, but the first thing I wanted to do was get more self belief into the players.”

He set about that task impressively, winning the Kelly Cup early in the year. A solid if unspectacular league campaign followed as they finished comfortably mid-table.

A run to the championship final wasn't in the offing at the start of the competition, and Murphy himself admits that a county final appearance was not a priority when he took over. “Our goal for the year was to retain our status in the league, which we did, and then to just make the knockout stages of the championship. Anything can happen from there.”

It has been pointed out that their run to the final has perhaps had as much to do with a few kind draws as much as anything else, but Murphy was quick to refute such allegations. “People will say we have had a handy draw, but we were on the same side of the draw as teams like Arles-Kilcruise, and the teams we have beaten have all beaten good teams themselves. We have been winning games by ten or twelve points, and we are going reasonably well.”

Those large margins of victory make for impressive scorelines, but as they prepare to take on a formidable Portlaoise side on Sunday, the worry is they could be a little undercooked, have yet to be really pushed to the pin of their collar in the championship. “We have played decent opposition, and we know where we stand” says Murphy.

“Portlaoise are the best team by far in the county over the last ten or twelve years, and they are going for ten in a row, so this Sunday is a historic occasion for them. I think, in fairness, we will give them the respect they deserve, but we'll be going out to give it a good shot.

“Are we undercooked? That's hard to determine, and maybe we haven't had to put our shoulder to the wheel so far this year, but I would like to think we are prepared, and it will come down to who wants it the most on the day.

“We'll be going out to give it a lash, and we'll see where that brings us.”