A special game that will live long in the memory 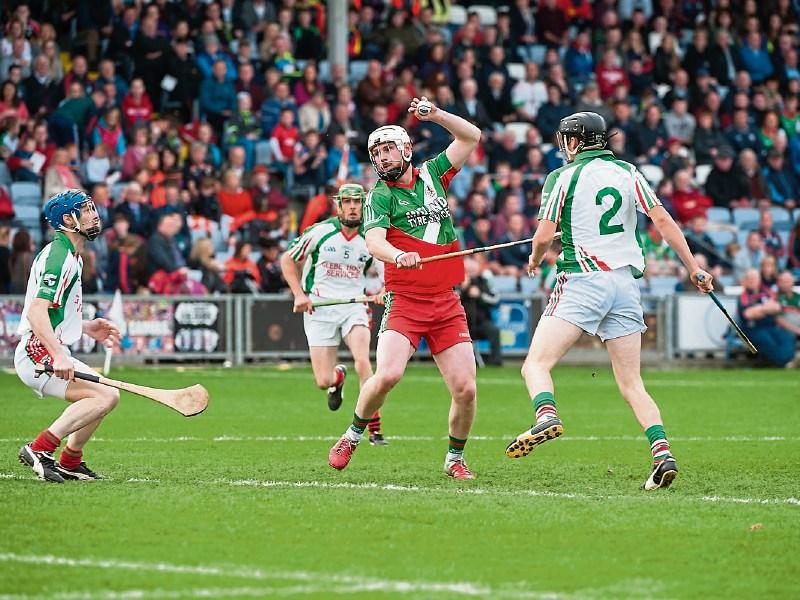 For those lucky enough to be in O'Moore Park on Sunday afternoon, they can rest assured they witnessed something truly special.

The Laois Senior Hurling Championship has been throwing up some impressive games over the last few years, but nothing quite on this scale. This was hurling of a different level, unmatched by anything the county has seen before, and certainly never witnessed in a final.

It was a perfect storm of two exciting teams, both attack-oriented and both with their own flaws. It wasn't a good day to be a defender, but it was a memorable day to be a hurling supporter.

What played out over the roughly 65 minutes of game time was eye-popping in a number of ways. The first half produced 34 scores. Let that sink in. That's 34 scores in 31 minutes of hurling. As the electronic scoreboard beamed out the scarcely believable numbers of 2-14 to 1-17, the teams headed for the dressings rooms to a standing ovation from pockets of supporters around the ground. It was fully deserved.

The second half couldn't possibly see that level of scoring maintained, and it didn't, but the game wasn't the poorer for it. Instead, a different kind of intrigue took over, as the time ticked away and the gravity of each shot, each hook, each block, saw the tension ratchet ever higher.

Laois hurling isn't in the best of places at the moment, with Minors, U-21s and Seniors all having forgettable seasons. Throw in the resignation of Cheddar Plunkett, and if ever the hurling side of the county needed a pick-me-up, then this was it.

When John Lalor's final whistle sounded, there had been 56 scores registered. When you factor in the number of wides for each team (6 for Rathdowney-Errill, 9 for Borris-Kilcotton), that's a staggering 71 shots at goal in one game of hurling.

This game will prove to be an 'I Was There' moment in the years to come, because it really is hard to see how anything could ever top it.

There was a little drama even before the ball was throw in, when PJ Scully lined out for Borris-Kilcotton despite Ken Hogan ruling him out for two months in the run up to the game. 'The muscle is torn from the bone' we were told, but perhaps a secret trip to Lourdes was arranged during the week. Scully wasn't as mobile as he normally is, but he still scored 0-12, and was excellent from frees.

When play started, the game quickly took on a life of its own. Players who had been out of form in the run up to the final were suddenly transformed, as everyone seemed to plug into the energy of the occasion and feed off of it.

Once Scully sent an early free soaring between the posts, the tone was set. When he followed it up with another free, this one from his own 45 yard line, there seemed to be an acknowledgement from the players that they were all going to have to produce something a little bit special today.

Neil Foyle answered the call with a goal a pure brilliance, deftly controlling a long ball into the square before rifling to the net. Liam O'Connell followed it with a goal of brutal simplicity in the penalty area - a high ball caught, a quick turn, a powerful shot, a superb goal.

Paddy Whelan launched over points from distance for Borris-Kilcotton and Aaron Dunphy, still just a minor, hit three from play in the first half alone. He was superb, and showed exactly what he is capable of.

Beside him, Joe Campion worked like a madman, hitting three points himself but getting through a lot of dirty work that needs to be done. His marker, Joe Fitzpatrick, got on a lot of ball for Rathdowney-Errill, and would eventually set up the equaliser.

Tadgh Dowling came up with three points of exquisite beauty in the second half when his team needed them as well, all from way out on the right wing, and at that stage, it looked like the game would end level. But this game had more to give.

Scully hit his twelfth point of the day and Neil Foyle boomed over an effort from midfield, and Borris-Kilcotton's fingers could almost touch the Bob O'Keeffe Cup. Alas, it wasn't to be. Ross King showed nerves of steel in the last 60 seconds of play, to first point a free and then hit the leveller with time up.

It usually seems unfair to single out an individual player after a game like this, but we're going to send some kudos in Ross King's direction. This was the Rathdowney-Errill man's fourth Laois SHC final appearance, including replays. In those four games, he has scored 1-42. On two occasions, namely the drawn game with Clough-Ballacolla in 2012 and in this game on Sunday, he has hit the equalising point with the last puck of the game to earn his team a replay. That's what you call a big game player.

Credit also must go to Borris-Kilcotton. They hadn't given any inclination this performance was in them during the championship. Doubts remained over whether they could produce a big performance when it mattered, and whether they could go toe-to-toe with one of the big guns in the Laois SHC. On Sunday, they showed they have the artillery to match anyone.

The replay will take place on October 23, and it is highly unlikely that we will be treated to a repeat performance. That's okay though, because no one will be forgetting this game for a very long time.