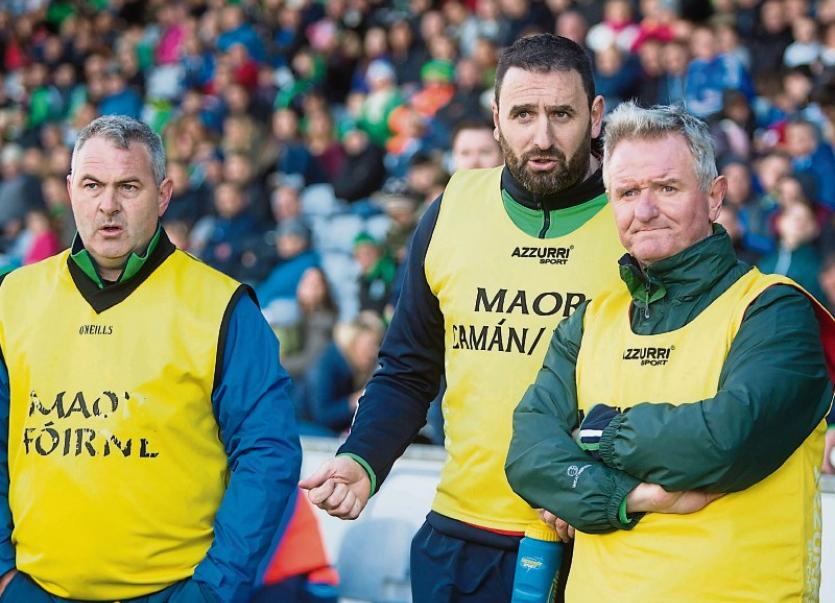 For the second time in his career, he has guided Stradbally to a victory over Portlaoise in a county final, but Sunday's effort even outdoes their exploits in 2005.

Jody Dillon's late goal sparked wild scenes in O'Moore Park, and the Murphy was still a little shell-shocked when he spoke to the media after the game. “You couldn't write the script, it was an unbelievable finish to the game.

“You could look at it and say the game was gone from us, Portlaoise were two points up, they don't give away anything too easily.

“Our lads, in fairness to them, they stuck to their guns, they took the ball down the terrace side of the pitch, worked it through the hands, got the ball across to Jody Dillon in the 'D' and bang, roof of the net, never seen anything like it, you just couldn't write the script, a fabulous finish.”

It could be claimed it was a smash-and-grab ending, but Stradbally had to be in the position to get something from the game at that stage. Murphy was quick to pay tribute to his players for the manner in which they kept themselves in the game. “We had to be there, and in fairness they showed the honesty and commitment that is in this team, to go at Portlaoise.

“Even though the clock was counting down and we were into the second minute of time added on and I'd say the referee was ready (to blow his whistle), whenever that ball broke down, the game was over.

“We're absolutely thrilled, I know it was probably a shock the way it ended, but I know these guys since February, when I went back to them, and they don't give up too easily. They lacked a little bit of self belief and confidence over the last few years, but I think that confidence and self belief is back, and it's back strongly in Stradbally.”

It has been a huge turnaround in fortunes for Stradbally, and Murphy admitted that building up confidence was key. “We went and played in the Kelly Cup and won that, and it brought a bit of spirit into the camp and it showed them that they can win, and they can play decent football.

Over the league we struggled a little bit at times, for numbers really, with lads away and lads in college and lads on holidays and playing soccer.

“Having said that, we're thrilled to be here today and won a county championship, it's eleven long years for Stradbally, who are traditionally a strong football club, to be down for that length of time, but all in all, it's hard to put into words today, we're just thrilled.”