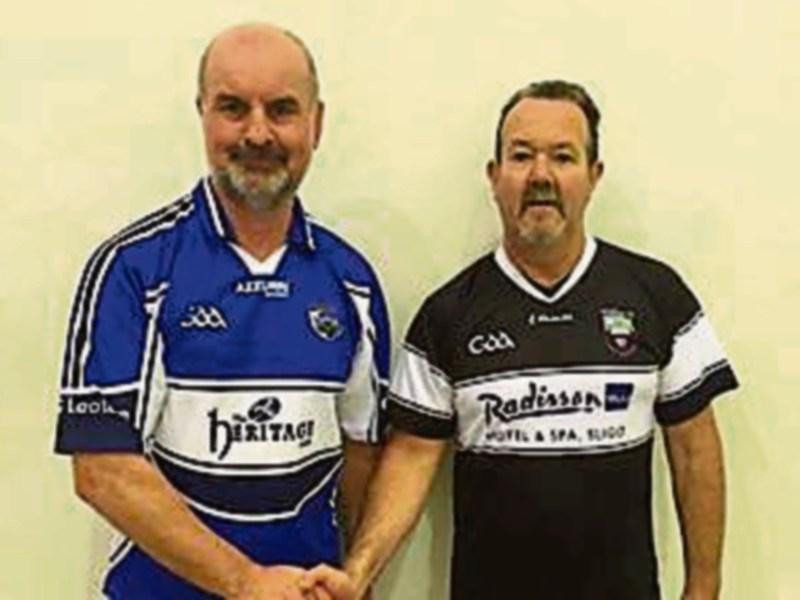 Going into this final many considered the Laois handballer as favourite to retain the title he won in 2015 after impressive victories over Padraig Maguire (Kildare)in the Leinster Final and John Herlihy (Cork) in the All-Ireland semi-final.

Despite his underdog status, Cooney entered into the final in good form with some notable victories of his own in 2016.

The opening game was to go the way of the Laois handballer who produced a dominant display of serving and skilfully executed kill-shots. Having built up a decisive lead, Donovan showed the necessary composure to close out the opening game on a 21-6 score line.

The second game was to follow a similar script. Cooney battled bravely but was never able to break the Laois handballer’s stranglehold on proceedings. Donovan was majestic throughout, picking off kill-shots with unerring accuracy and precision.

The second game deservedly went to Paddy Donovan who finished the game out on a 21-7 score line to claim the title of Golden Masters 60x30 All Ireland Champion for the second consecutive year.

In the Boys U-17 Leinster 60x30 championship, Podge Delaney captured his second Leinster title of the year with a fantastic 21-9 21-12 victory over Wexford’s Adam Walsh.

The young Cullohill handballer has been in excellent form all year and will go into his All-Ireland semi-final in Talbot’s Inch against Kavan O’Keefe (Waterford) optimistic that he can progress to the All-Ireland Final.