"Look around... this is unreal, it's unreal" 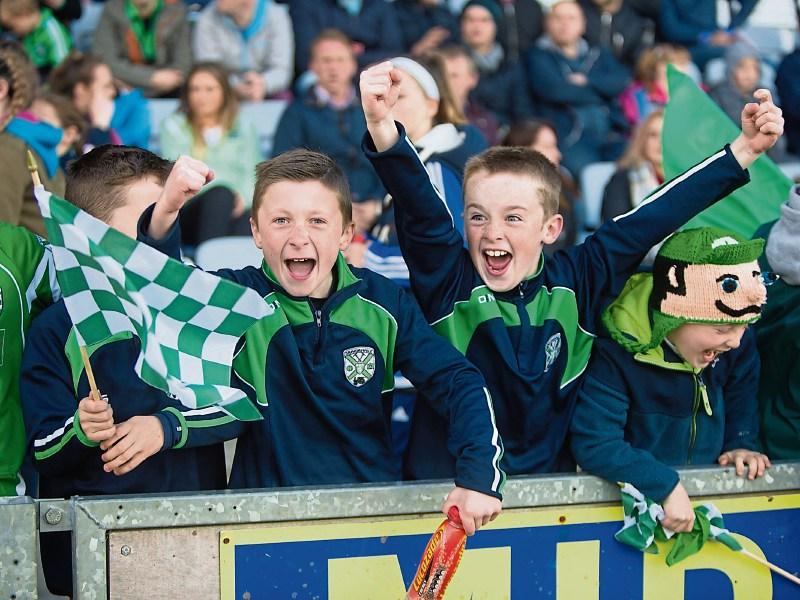 It was a little funny after Sunday's game to watch the swathes of Stradbally supporters milling around the O'Moore Park pitch, as their faces all showed the same mix of joy, amazement and pride.

Club chairman John Delaney probably conveyed that better than anyone at after the final whistle, and when asked to give words to his emotions, he spoke passionately about the win. “Unreal. Unreal. It probably looked in the last few minutes that the game was going away from us, but it just shows the character that is in the team.

“The ball was down in the far corner, Colm Begley won it, and we worked it the whole way up the field, it went through four or five pairs of hands, everybody put a shift in to get the ball in, and Jody was there with a great finish.

“Portlaoise were always there, at half time there was only a couple of points in it and with the wind they were probably looking good, but they never pulled away from us, because we never let them pull away from us.

“It's a sign of the character within our team, something that has been questioned over the last few years when things weren't going so well for us, but I think the Stradbally senior football team proved to everyone today what character and heart and determination they have, not least football ability as well.

“We are absolutely over the moon, the manner of the victory, it'll probably take a day or two to really sink in. But to sum up my emotions... look around, this is unreal, it's unreal.”

Delaney also paid tribute to manager Martin Murphy, who had been trying to get back at the helm for the last few years, having worked with him as a selector back in 2005. “Martin Murphy, I think his record speaks for itself.

“He is a supreme manager, his tactical awareness is excellent, his man-management is second to none, and seems to have be able to get the lads in Stradbally to row in behind him, and it's just a fantastic result.”

While clearly overjoyed with his own team's display, Delaney also took time to pay tribute to Portlaoise. “Don't forget, that's ten in a row Portlaoise are going for, they've been beaten in Leinster by a point, three points, and three points, by the eventual All-Ireland champions in the last three years, so a kick of the ball is all they were away from an All-Ireland, so that will tell you the capabilities of the Portlaoise team. They're not gone away, they'll be back again, so to sneak this one, it is sweet.”