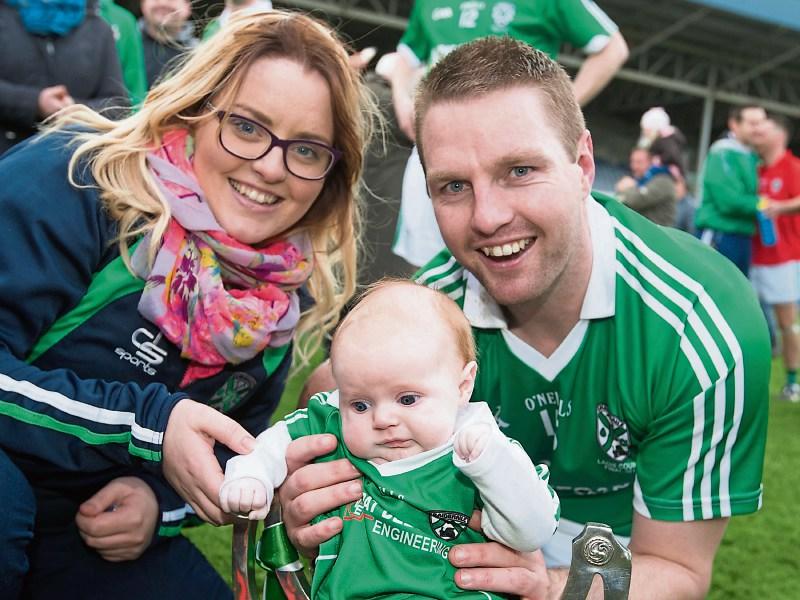 Having been the match winner in 2005, it was a different experience for Stradbally co-captain Colm Kelly this time around.

An injury to his quad a week before the final refused to heal in time, and he only saw action in the 59th minute, as he entered the fray to help his team find a late winner.

It wasn't the way he wanted the game to go, but it was certainly the result he was after, and he was full of praise for his team afterwards. “Last Friday week I tweaked my quad, and I tried my best to get it right but, look, as you get older you get a bit wiser and you know yourself that you have to make a decision about what's best for the team.

“Me on the sideline was the best thing today so look, that's what it's about, it's a team game and at the end of the day that's what got us over the line, we had four or five lads that came in off the bench to make the difference.”

Having been a match-winner in a county final himself, he knows exactly what it felt like for Jody Dillon after the final whistle, and a smiling Kelly paid tribute to the mercurial forward. “Ah look, you either love him or you hate him, he has that kind of quality and ability in him.

“We tell him all along that if he gets it out of him he's unstoppable. He has super talent and super speed, he plays soccer as well, he plays soccer for Ireland with the army, he has that bit of flair about him, so you couldn't ask for anyone better in that position to stick it in the top corner, what a way to win it.”

Kelly admitted he was looking forward to the celebrations, but there was still work to do for his side. “We'll enjoy it, but in a couple of days we'll get focussed and get back on the pitch.