SHC final replay has a lot to live up to to 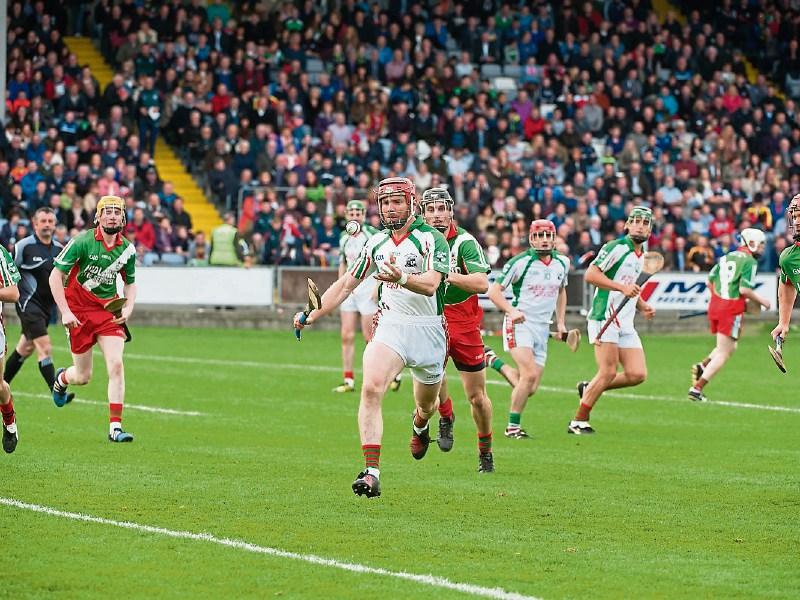 O'Moore Park is certainly the place to be this Sunday, as the SHC final replay between Borris-Kilcotton and Rathdowney-Errill takes place at 4pm.

After the drama and quality of the drawn game, there is sure to be huge interest in this rematch, as hurling supporters from around the county will be hoping for another shootout. It seems improbably that we'll be treated to anything similar this Sunday, but it is at least a possibility.

Neither side could be deemed defensive, and it is hard to see either dropping back a sweeper or trying to sit deeper and focus on blunting the opposition, rather than trying to play on the front foot. So many points came from long range in the drawn game as well that it almost makes even the idea of sitting deep redundant.

Attacking and playing at full speed seems to get the most out of the respective teams, so it wouldn't be advisable to move away from that game plan now.

In that regard, we could be treated to another exciting game, provided both teams can hit the target with some degree of regularity.

The only real area of improvement for both teams from the last day, however, is in defence. Rathdowney-Errill's full back line was badly exposed for both goals, as indeed was the Borris-Kilcotton full-back line for the two they conceded. For all four goals, there was a lack of pressure put on the scorer, and you can't play like that in the last line of defence and hope to avoid conceding goals. Both have plenty to improve in that regard.

The two week gap between the games is probably a bit excessive, but it would only have been granted at the request of both clubs, and it is easy to see why both wanted it. For Borris-Kilcotton, it allows them two more weeks to work on PJ Scully's injured quad muscle. He still played his part the last day, but if he gets more mobility back for the replay, he could be more of a threat from play.

It also gives Stephen Phelan's broken hand an extra two weeks to recover, and he would be a huge addition if he was in a position to play some part of the replay.

The same goes for Rathdowney-Errill, who lost Paddy Purcell to an ankle injury in the second half. The delay gives him more time to rehab, and he is such a key figure for them, that they will be grateful of the delay. Shane Dollard had only recently returned to action, and will benefit from another couple of weeks of training.

Prior to the first game, Rathdowney-Errill looked like the team most in form, but Borris-Kilcotton's performance has forced us to re-evaluate what they are capable of. The question now is if they can replicate it.

Losing a lead late on, as they did in the draw, could affect them mentally, and again, having the extra week to get over that will do them no harm. Coming so close to a historic win only to see it taken away will not be an easy thing to make your peace with, but it does offer plenty of fuel for motivation.

When they look back on the game, they will realise that they played brilliantly for 63 minutes, and they shouldn't let those late points from Rathdowney-Errill cloud that.

The flip-side of that argument is, for Rathdowney-Errill, they could claim to have all the momentum after the draw. When Neil Foyle got Borris-Kilcotton's second goal to put them five points up with 15 minutes to go, they looked dead and buried, but they hauled themselves level. When they were two points down with time almost up, they hauled themselves level. They can take a lot of confidence from that, but they have to know that they can't keep chasing a game and expect to catch up every time.

Rathdowney-Errill will also need to pressure Borris-Kilcotton that bit more on the half back line and in midfield, because Borris-Kilcotton got a lot of scores from those areas. Aaron Dunphy, Joe Campion and Patrick Whelan scored 0-10, from play, between them, and so will need to be put under more pressure next time out.

Borris-Kilcotton, meanwhile, will have to try to put the shackles on Ross King and Tadgh Dowling, who scored 0-12 from play between them. Matthew Whelan in particular struggled on King when he came out to centre-forward, so he will be looking for an improvement in his performance.

When all is said and done, however, when it comes to picking a winner, we'll stick with Rathdowney-Errill. We gave them the nod ahead of the drawn game, and we won't change tack now, even if the first game was a lot closer than we were expecting.

They have been here before, after earning a replay with Clough-Ballacolla in 2012 before going on to win the replay, so they know what to do. We're not expecting another 56 score shootout, but there's no reason to think it won't be another brilliant game. Sunday can't come quick enough.