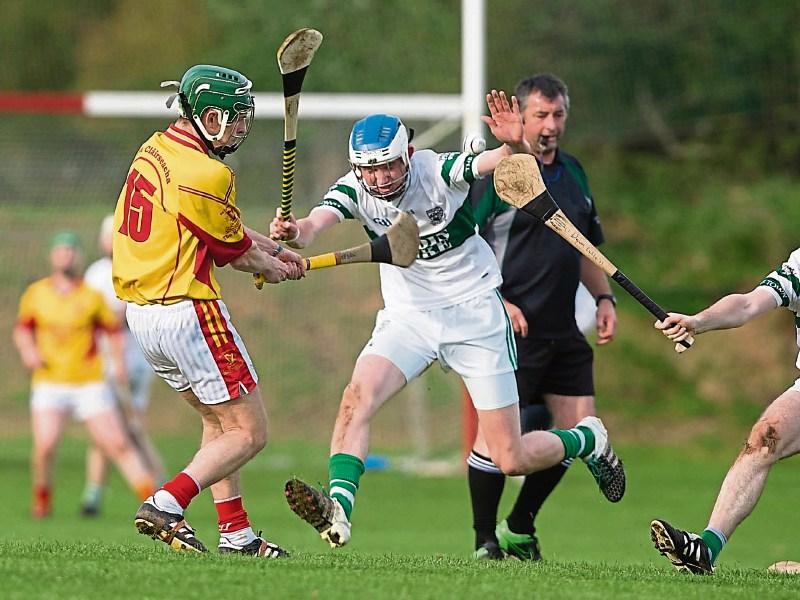 Two late Aaron Bergin points saw Portlaoise claim a narrow victory over The Harps in this entertaining U-21 quarter-final clash on Saturday.

Portlaoise had lead for most of the game, but three brilliant points from Richie Saunders in the final four minutes of normal time hauled The Harps back level. Unfortunately for them, they couldn't hold onto a share of the spoils, as Portlaoise struck twice in injury time to get themselves over the line.

The Harps had gotten off to a bright start, with early points from Podge Delaney and Cathal Phelan putting them ahead. Portlaoise didn't take long to settle, however, and Daniel Delaney and Aaron Bergin (free) soon had them back on level terms.

Ciaran Comerford slotted over a free before a brilliant double save from Peter Walsh denied Portlaoise a goal. Shane Smyth and Comerford traded points before the first goal of the game arrived. Daniel Delaney caught a puck out and raced through the heart of the Harps defence, before offloading to Gary Bergin. He in turn picked out younger brother Aaron, and he fired to the net.

Podge Delaney hit back for The Harps, as they responded to the goal well. Portlaoise were getting the upperhand, however, and Shane Smyth and Aaron Bergin hit the target to push them three clear.

The Harps started to claw their way back into the game then, as Comerford and Delaney again pointed to get them within one, but they were hit with another blow after that. A Ciaran McEvoy free into The Harps penalty area wasn't dealt with, and the ball trickled over the line for a goal. Comerford and Aaron Bergin traded points before the interval, as Portlaoise lead 2-7 to 0-10.

Whatever was said in The Harps huddle at the break certainly paid dividends, as they quickly took the lead. Daniel Comerford pointed in the opening minute before Greg Aylward beat Philip Roche to a long ball forward and flicked to the net.

The Harps had finally given themselves the lead, but they couldn't hold onto it, as Portlaoise were in for a soft goal again in the 38th minute. Gary Bergin provided the finish, as he tapped to the net from close range after a fine save from Peter Walsh in the build up.

The Harps could have dropped the heads at that stage, but they dug in and wiped out the Portlaoise lead by the 43rd minute, with points from Delaney and Aylward. There was a good ebb and flow to the game now, and three Aaron Bergin frees had Portlaoise back in front at 3-12 to 1-15 with ten minutes to go.

Both teams managed another point apiece to leave three in it with time ticking away, and that's when Saunders stepped up to the plate. He landed a long range free before adding two more long range efforts from play to tie the scores. A draw seemed the likely outcome, but Bergin's late brace got Portlaoise over the line.