Second half surge gets O'Dempsey's over the line 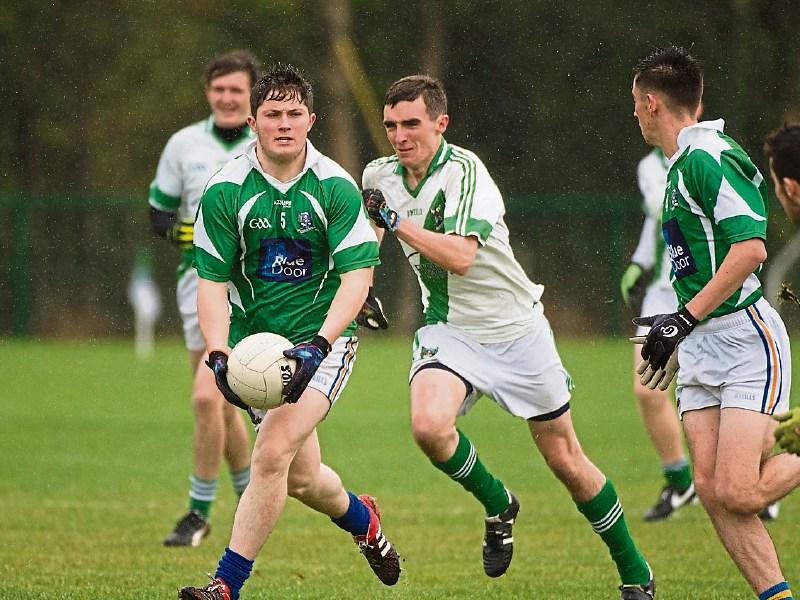 A strong second half performance from O’Dempsey's made for an easy win over Rosenallis, as they advanced to the U-21 'B' final.

Liam Whelehan kicked off the scoring for O’Dempsey's, as scores were tough to come by in the first half due to a mixture of bad shooting and slippery conditions. A couple of minutes later, and Rosenallis equalised through Joseph Shelley. A lot of poor wides followed for both sides, as they found it hard to get going.

Rosenallis took the lead for the first and last time in the game, when Joseph Shelley pointed over a free from close range. However, a few minutes later, and O’Dempsey's had retaken the lead. An incisive run by Johnny Kelly led to him delivering the ball into the path of Pat Maher, who took the ball past the keeper and finished.

A point from the hands of Sean Doyle from Rosenallis followed, as that ended a first half of a low-scoring game. The half time scoreboard read Rosenallis 0-3, O’Dempseys 1-1. Despite O’Dempseys having much more possession, Rosenallis were still very much in the contest. It was also interesting to note that O’Dempseys wore green in the first half, an odd colour to see them in. They returned to their usual blue and yellow in the second half though.

The seconds half began with Rosenallis grabbing the equaliser, through Colm Poole. However, O’Dempsey's kicked into gear after this, and Rosenallis would find scores very hard to come by for the rest of the match.

Points from Dáithi Howlin and Matthew Finlay (free) started the onslaught, before O’Dempsey's got a key second goal to put themselves in the driving seat.

A long ball was driven into the Rosenallis penalty area, and the bounce fell kindly into the path of Matthew Finlay, who composed himself and netted for O’Dempseys second. The Rosenallis heads started dropping, and O’Dempey's took full advantage. A point from Darren Fitzpatrick pulled them six clear. Matthew Finlay could have gotten his second goal shortly after, but sharp reflexes from Dunne in goals prevented this.

Johnny Kelly caught Rosenallis on the counter attack with a point of his own. O’Dempsey's spurned two goal chances shortly after, but in the context of the game it didn’t matter. Joseph Keating got Rosenallis on the scoreboard with a free, but it was far too little, too late.

O’Dempsey's got the last point of the game through Matthew Finlay, as they ended up comfortable winners.