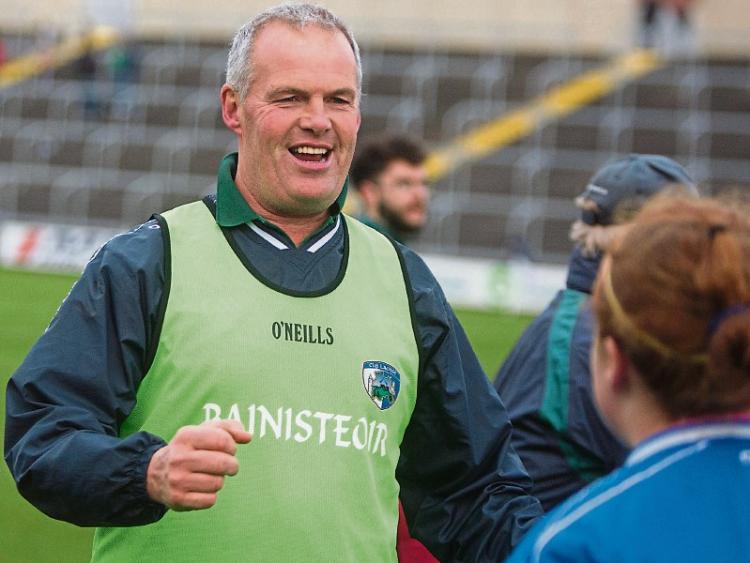 There are few sure things in life, but when Ken Hogan took over Borris-Kilcotton last year, you looked at his record of success, and you looked at the talent in the club, and you felt this SHC title was almost inevitable.

It has been a long, hard road to get here, but the Tipp man worked his magic once more to create history with Borris-Kilcotton, and when he spoke to the press after the game, he was still on a high after what was an amazing victory. “Unbelievable game, and fair dues to all the lads.

“People said we wouldn't produce it after the last day, we had eight or nine U-21s, but credit has to be given to both teams, they have raised the profile of Laois hurling so much over the last couple of Sundays, 2-26 (each, in the drawn game), I've never seen anything like it, and I'm a long time involved in coaching and hurling and playing matches.

“I never saw anything like that game the previous day, and people said they wouldn't be able to produce the same the next day, and while the scoring wasn't as high this time, both teams were absoulety brilliant.

“Even with two minutes to go, the lads are searching for their first ever county final, Rathdowney-Errill are attacking... you just can't let go, you have to stay going. There were some inspirational scores there at the end, unbelievable scores, absolutely tremendous, and we're just delighted to get over the line.”

While the victory was just rewards for a team that had to play eight matches to get their hands on the trophy, Hogan was quick to point out that the success could be attributed to all panel members, and not just the men on the field. “I think this is our eighth or ninth game, we've had three replays, there will be books written about this!

“We weren't in a great place at certain stages of the year, we had a hard talk and we had some tough chats, and everybody worked so hard, but real commitment here has been given by the likes of Chris Jones, Owen Drennan, Owen Bergin, guys who stayed around when they could have left.

“They weren't on the pitch and they weren't in the team, but they kept driving the lads in training, and they were inspirational leaders, and from our point of view, it was the 29 guys who appeared every night at training, and PJ playing with a torn quad muscle. The pain that chap was obviously in right throughout the game, but he showed his free-taking ability is second to none.”

So, after the heroics of the drawn game, what was Hogan's secret to peaking again just two weeks later? “We didn't do an awful lot since, we worked on our freshness, worked on our approach, and thankfully we produced it on the second day.”