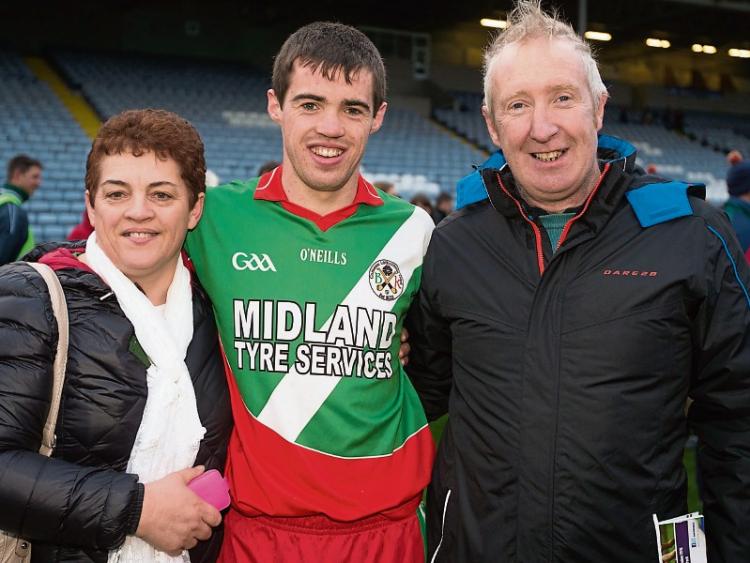 Borris-Kilcotton sharpshooter PJ Scully pointed to the excellent start his side had to the game as a key factor in their success.

The corner-forward, who scored 0-12 in Sunday's final from frees despite being injured, revealed that Borris-Kilcotton had set out to get on the front foot as quickly as possible. “We talked about it in the dressing room, about starting well in games, because before maybe we haven't started as well, and we knew Rathdowney were going to come out all guns blazing and try to lay down a marker.

“Luckily enough Neil got an excellent goal at the start, and we got three or four other good scores, and it just settled some of the younger lads down, and settled the team down, as we just kept chipping away at it, and luckily enough we got over the line.”

While Foyle got the goal to give them an early lead, it was Scully's accuracy from frees which kept them there. Having suffered a serious tear to his quad muscle in the semi-final, he rejected the prognosis of weeks on the sidelines to play in both finals. His dozen points on Sunday were crucial, but Scully was keen to lay the credit for those scores elsewhere. “A lot of work was done in the last two or three weeks by the great Brian Oxley!

“I was in trouble after the semi-final when I tore my quad, and by pure luck Brian came over and offered his help, and luckily enough he got me over the line, and now we're county champions, so if there's any man to thank for my performance, it's Brian Oxley.”

With a maiden title now under their belt, Scully is keen for them to kick on in Leinster, to both silence any doubters which remain out there, as well as forging more history for the club. “Any time we cross the white line we hope to represent the parish with great pride, and ourselves, because a lot of people over the last year or two, and maybe more, have been writing us off, calling us things, maybe labelling us with certain words that we felt wasn't fair to us, because there is great character in this team.