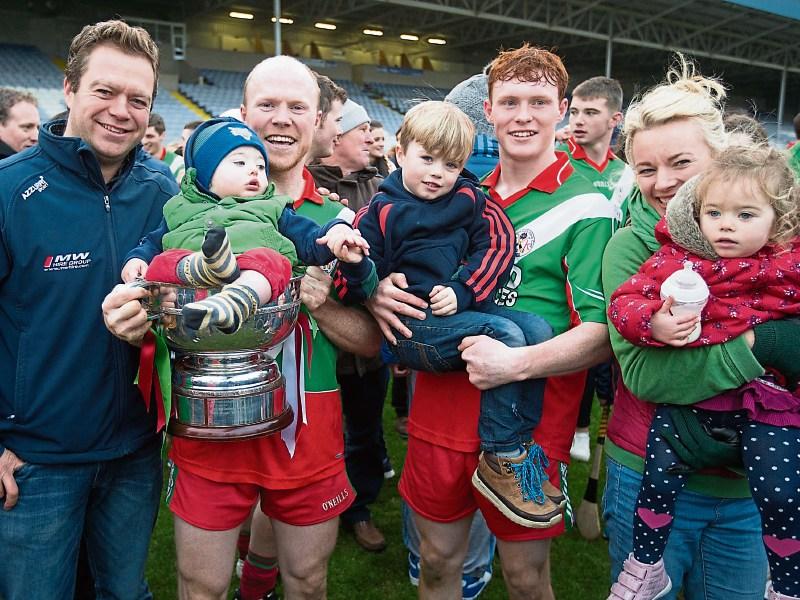 The smile etched across Brian 'Butch' Stapleton's face at the final whistle on Sunday had all the hallmarks of one which might never disappear.

The beaming Borris-Kilcotton captain looked to be struggling to take it all in after the game, as he cherished the realization of a long-held dream. “What an amazing feeling. In 2011 we came together with a plan, with a dream. It's been a long few years, but finally we've come to the summit. What a feeling.”

After letting the victory slip from a winning position in the drawn game, there were question marks lingering over Borris-Kilcotton ahead of the game, but the early goal was crucial. “Yeah, it really set us up.

“We had to start quickly, that was a big thing, especially against a small bit of a wind. We needed a good start and Neil Foyle, what a goal poacher, he got two goals in the first game and in fairness, he stood up again today.”

While this game didn't match either the scoring or breakneck speed of the drawn game, it was still intriguing from the first minute to the last. Borris-Kilcotton were going well when Rathdowney-Errill pounced for their second goal, and it forced Ken Hogan's side to go deep into the well. “Yeah, absolutely, it was similar to the last day but we dug deep and showed the character, guys popped up straight away after their goal and got the scores, and we pulled out a considerable lead and we knew then that we had it.

“We were fresh and we were energetic, and we closed out the game very well.”

Finally, Stapleton shed some light on exactly what this win means for the community. “Hurling has really bound our parish together, we've made new friends and it's been absolutely fabulous.”