O'Dempsey's at their ease to seal quarter-final spot 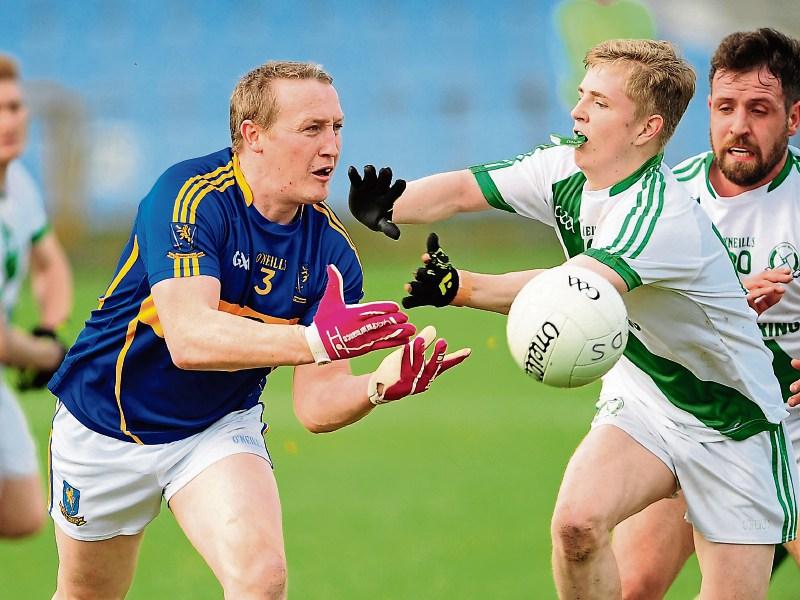 A bright start to the game which saw O'Dempsey's lead by six points after just seven minutes allowed them to book their place in the Leinster IFC quarter-finals on Saturday afternoon.

The crucial O’Dempsey’s goal came early on, and it was a close range effort from corner-forward Stephen O’Leary in the fifth minute, following a well-worked move that also involved Johnny Kelly and Darren Finlay.

Soon after O’Leary was in a great position to score a second goal but squandered the opportunity for what was O’Dempsey’s only wide in the first half and they looked dangerous whenever they launched an attack.

Willie Skelly kicked a couple of cracking points from play in the first half but injury hampered the 38-year-old forward, who eventually ran out of steam in the second half after doing his best.

Conor Meredith was generally in control at centre field for O’Dempsey’s, who were capable of stepping up another gear when required, and that's exactly what happened when Killashee closed the gap to just a goal (1-10 to 0-10) following a point apiece from Michael Farrell and Darren Carberry, the latter on target just after a decent chance of a goal was wasted in the early stages of the second half.

Michael Finlay landed the opening score immediately on the changeover and the lethal corner-forward kicked over four more points (all from play) during a decisive dominant spell for O’Dempsey’s which yielded 1-6 without reply.

It was Finlay who provided the final pass for Barry Kelly to fire home the second goal for the visitors in the 43rd minute (with Stephen O’Leary also involved) while the other two points came from full-forward Brian Nugent (free and play).

O’Dempsey’s were cruising at this stage but credit to St Brigid’s for battling it out to the bitter end and after substitute Mark Rossiter struck a penalty against the crossbar (55th minute) he got another chance to snatch a consolation goal in the 57th minute.

A Killashee point followed from Michael Farrell but it was O’Dempsey’s who had the last say when substitute Matthew Finlay shot over the bar in the second minute of stoppage time.